The Autonomous Report: Mercedes ‘solves’ the Trolley Problem and AVs may only work in limited areas 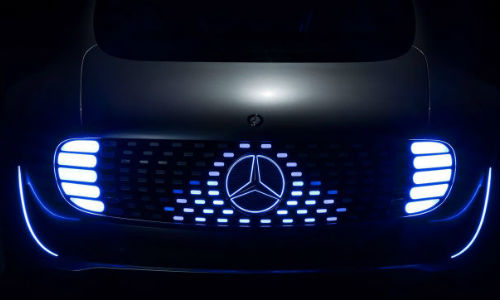 – One of the biggest news items to hit the AV space this week comes from Mercedes Benz. One of the big questions about AVs is how they will solve the so-called “Trolley Problem.” Suppose an AV is heading towards a group of innocent people and the only way to avoid them is for the car to do something that will likely result in the death of the driver. What does the car choose? Car and Driver posed this question to Christoph von Hugo, Mercedes-Benz’s Manager Driver Assistance Systems, Active Safety & Ratings at the Paris Motor Show. His answer was somewhat worrying.

“All of Mercedes-Benz’s future Level 4 and Level 5 autonomous cars will prioritize saving the people they carry, according to Christoph von Hugo,” reports Car and Driver. “If you know you can save at least one person, at least save that one. Save the one in the car,” Hugo said. “If all you know for sure is that one death can be prevented, then that’s your first priority.”

– Canadian urban issues magazine Spacing published a story this week about the head of the Toronto Transit Commission, Andy Byford. Apparently the transit honcho has ordered the company to look into whether it can run a ride-sharing service similar to Lyft or Uber. As new mobility solutions emerge, Byford wonders if some of these can’t be tapped to deal with the so-called first mile/last mile issue (how to get people from a GO or subway station home).

– An article in Semiconductor Engineering looks at the new and emerging aftermarket for autonomous vehicle updates. According to the article, “An entire ecosystem is sprouting up around retrofitting existing vehicles with autonomous technology … ” Elliot Garbus, VP of Intel’s [Internet of Things] Group and GM of the company’s Transportation Solutions Division, was quoted as saying, “We are really at the beginning of something that is a once in a lifetime opportunity … We’re at the beginning of what is a stunning transformation in the move toward autonomous driving. It is likely to be incredibly disruptive as transformations like this often are.”

Garbus also noted the major OEMs were surprised by the rapid onset of the AV story. “The automakers were all very measured in their approach, to the effect of, ‘Universally, we are going to add a little more safety and capability, and sometime after 2030 or 2040, we will have a fully autonomous vehicle. Something happened over New Year 2016. All of that changed,” Garbus was quoted as saying.

According to the story, “From a technology standpoint, the automakers were very focused on trying to get as much computing as they could—air cooled, no fans, with a maximum of 10 watts, to fit under the passenger seat. Non-traditional players, meanwhile, were putting 2 to 3 kilowatts in the trunk of the vehicle. And then, suddenly, the race was on.”

In terms of the aftermarket, a couple of start-ups (Otto, Peloton) are trying to develop that market. Another source in the story says, “They are cracking the aftermarket ADAS problem in a fascinating way … They are looking at long-haul, and medium-haul trucks because they are hard on the roads, they take a lot of fuel, are horribly inefficient, and there’s a huge desire for increased safety. In addition, fewer people are going into truck driving as a career than in the past. Add those factors to the automation, retrofit it into big rigs in an economical way, and fuel costs can be cut, and safety increased.”

Otto has stated publicly that it would have self-driving fleets of trucks on the road by early 2017. Peloton has a different technology. The company is developing “vehicle-to-vehicle communication to connect trucks.” The company thinks it can improve safety and fuel efficiency by utilizing, “ … vehicle-to-vehicle (V2V) communication to connect the braking and acceleration between two trucks. The V2V link allows the lead truck to control the acceleration and braking of both trucks virtually simultaneously, reacting faster than a human or even radar sensors could.”

A San Francisco-based start-up, Comma.ai, says it will have “a $1,000 autonomous driving kit by the end of this year.” The system can be applied to any car with electronic power steering

Another source in the story suggests that the OEMs are missing out on this market. “I don’t see the traditional automotive companies talking about [aftermarket autonomous], or even preparing for that, which they should be,” said Joseph Vitale Jr., Global Automotive Practice Leader at Deloitte & Touche.

– A report on tech website Recode notes that Google’s self-driving car, now having driven two million miles, has developed driving skills comparable to a sixteen-year-old. The experiences of each car are shared with the others through the cloud. As unique driving experiences occur the cars incorporate those events into their “understanding” of the world.

– Tech Crunch reports that ride sharing service Lyft has struck a deal with the largest operators of senior living facilities in the US, Brookdale Senior Living. According to the story, “The rides will be billed to their rooms, and they won’t have to give out personal credit card information to book them. Lyft’s app will also be included in tech education courses for seniors living in Brookdale communities. Seniors who do use smartphones, or web-enabled feature phones, will be able to learn how to book Lyft rides on their own from Brookdale tech educators.” Lyft announced it is also starting a service called Concierge that lets a, “…requester book non-emergency medical transport for seniors.”

– Futurism reports that BMW and Toyota are investing in and partnering with a self-driving tech company called Nauto, along with insurance provider Allianz Ventures. Nauto is another AV startup that is attempting to, “…gather real world driving and accident data from manually driven cars by partnering with commercial fleets and now automakers.”

Nauto’s devices are mounted to the car’s rearview mirror and have cameras that, “ … face both inward, at the driver, and outward,” to gather information about driving behaviour and accident information. Eventually, the plan is for the automakers to integrate Nauto’s software directly into vehicles. Previously, Nauto’s data was used by fleet managers, “ … to ensure their drivers are being safe or to get contextual data about accidents … But in its partnership with Toyota and BMW, Nauto is providing that aggregated and anonymized data to the automakers so they can use it to program and develop their autonomous driving software … Nauto will also be providing that information to Allianz Group to help provide better information for the insurance company to determine liability during accidents—something the company is working on for self-driving cars as well.”

– MIT Technology Review reports that a company from University of Oxford called Oxbotica has developed a new software system for making regular cars into driverless vehicles. The system is called Selenium and ingests data from “ … visual cameras, laser scanners, or radar systems. It then uses a series of algorithms to establish where [it is], what surrounds it, and how to move. Oxbotica’s software gradually acquires data about the routes along which it is driven and learns how to ” … react by analyzing the way its human driver acts.”

– The controversy around Tesla’s Autopilot mode continues. A story on Ars Technica reports that Tesla said that it has, ” … continuously educated customers on the use of the features, reminding them that they’re responsible to keep their hands on the wheel and remain alert and present when using Autopilot” and that the system has never been, “ … described as autonomous or self-driving.” According to the story that statement contradicts, “… statements made by Musk at shareholder meetings.”

– An article in the online magazine Quartz notes that one of the Uber self-driving cars being tested in Baltimore went the wrong way down a one-way street recenty. According to the report, Uber driver Nathan Stachelek was pulled off to the side of the road when he saw the self-driving car turn the wrong way. Stachelek said he couldn’t tell whether the car, “ … was driving itself, or its human operator had made a mistake. Stachelek took out his phone in time to shoot a brief video of Uber’s vehicle backing up and driving away, then uploaded it to Facebook.”

– A story on Tech Crunch notes that Volvo is set to debut its, “…own car-to-car communications in shipping vehicles by the end of this year. Volvo isn’t the first: Mercedes-Benz and Toyota also let select models of their cars talk to one another.”

– MIT Technology Review ran a story this week that worked to temper the current hype around AVs. According to the story AVs will, “ … probably only work in very limited areas.”

The article predicts that current projections that Ford will have an AV ready to go by 2021 are far too optimistic. According to the story, “Five years isn’t long enough to create vehicles good enough at driving to roam extensively without human input, say researchers working on autonomous cars. They predict that Ford and others will meet their targets by creating small fleets of vehicles limited to small, controlled areas.”

According to the story, “ … many media outlets and members of the public are overinterpreting statements from Ford and other companies that are less specific than they appear. The dream of being able to have a car drive you wherever you want to go in the city, country, or continent remains distant.” The story concludes that, “2021’s robotic fleets will be more limited than some people expect … Computers can react to things much faster than a human, and self-driving cars’ sensors can look in many directions at once. But software is at a significant disadvantage when it comes to interpreting what it ‘sees’ to identify and understand objects and situations, such as a traffic cop gesturing in the road. Nor is software very good at planning how to deal with out-of-the-ordinary situations.”