The Autonomous Report: Apple may buy McLaren, Tesla gets hacked and there’s a shortage of autonomous talent 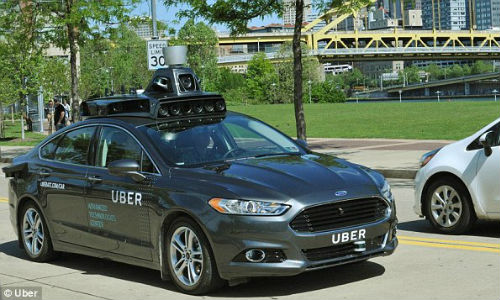 Toronto, Ontario — September 25, 2016 — Some of the more interesting highlights from the last week in autonomous vehicle (AV) development include researchers hacking a Tesla Model S from 12 miles away, reports that Apple might be in talks to purchase high-end manufacturer McLaren and news of the burgeoning talent shortage in the AV world.

– Tech media site The Next Web is reporting that, “Earlier this week, a team of researchers from Keen Security Lab–a part of Chinese internet giant Tencent–demonstrated in a video how it had managed to remotely hack a Tesla Model S … In addition to doing things like opening the sunroof and moving the seats by controlling the parked vehicle from a few feet away, the team also showed that it could disable the in-dash control panel, and even engage the brakes from a remote location 12 miles away.”

– Also this week Israeli AV-component maker Mobileye revealed that it, “ended its relationship with Tesla because ‘it was pushing the envelope in terms of safety.'” Mobileye’s CTO and co-founder Amnon Shashua told Reuters that the “electric vehicle maker was using his company’s machine vision sensor system in applications for which it had not been designed … ‘No matter how you spin it, (Autopilot) is not designed for that. It is a driver assistance system and not a driverless system,’ Shashua said.”

– It was reported recently that Apple shut down its car division. Apparently the company was going to simply produce AV systems, not a whole car. Now, according to the Finacial Times, “Apple Inc has approached British Formula One team owner McLaren Technology Group for a strategic investment or a potential buyout … ”

– According to a report, computers are being taught to recognize the elements of driving like stop signs and stoplights by playing Grand Theft Auto. An article on The Next Web finds that researchers from Darmstadt University in Germany and Intel Labs, “are now using the popular game to train computers how to better navigate self-driving cars in the real world.” The scientists developed a “new clever method to source visual data from Grand Theft Auto that could then be fed to computers to teach vehicles how to drive autonomously.”

– Last week Uber launched a fleet of self-driving cars. This is pretty remarkable, as Uber only opened the Pittsburgh Advanced Technologies Center that birthed the project about 18 months ago.
Buzzfeed recently interviewed Anthony Levandowski, one of those responsible for building Google’s first self-driving car. He is currently Uber’s self-driving car pilot program in Pittsburgh.

The interview notes that “We still have a long way to go before the technology’s truly ready to take over, before there’s no driver in the car … Uber is looking at two core metrics to evaluate its self-driving cars’ performance: how long they can go before a human driver intervenes for any reason, and how long they can go without a ‘critical intervention’ — basically, without having an accident.”

“You have a number for both of those before you feel like the product is ready for launch without a safety driver … I’m not going to tell you where we’re at on those metrics or what the goals are, but that’s how we think about it,” said Levandowski. He went on to say that human Uber drivers will be around for a long time. “In a world where car ownership kind of goes away and you use Uber for all your transportation needs, you’re going to need more drivers than you have today on the Uber platform … The fraction of drivers might change over time, but we anticipate having a huge need as far as maintaining and servicing the vehicles, as well as driving vehicles.”

– A story on Business Insider finds that, “Carnegie Mellon professor Raj Rajkumar, one of the world’s leading experts on self-driving cars, says that traffic patterns like in Vietnam, as well as China and his native India, pose a big challenge for autonomous vehicles.”

The reason put forward in that article is that drivers in these countries don’t follow traffic laws or regulations. Drivers in Vietnam will negotiate an intersection in a random order, inching along with hand on the horn. It works because everyone is watching out for each other, and there are basic norms that all drivers follow concerning rates of speed. To a computer, though, it will appear more random than the patterned traffic sequences in the west. According to the story, “Eventually, [Rajkumar] believes technology will be able to handle it. But it’s going to take a long time to get there. More than a decade, reckons Rajkumar … [He] explains, the industry will need to ‘decipher’ the way traffic works in places like Vietnam. Unlike in the US where drivers obey clearly established rules of the road, drivers in Vietnam use implicit rules.”

According to Rajkumar, “There is constant monitoring, adaptation and reaction. Everybody ‘subconsciously’ knows how long it would take to stop oneself (be it a vehicle, cart or human) etc. to avoid an accident. Beeps and horns play a major part. Eye contact makes a difference. All parts interact and play a role.” According to the story, “These operating ‘rules’ need to be deciphered, and encoded into the system used by self driving cars … One idea for handling this is a system Rajkumar has worked on with GM that involves special ‘vehicle-to-vehicle’ and ‘vehicle to pedestrian’ technologies.”

– An ex-Google executive, Sebastian Thrun, was quoted earlier this week in a story by Recode magazine that the, “…going rate for self-driving talent is $10 million per person.” Engineers for AVs are in huge demand all of a suddden. According to the story, “When

Sebastian Thrun started working on self-driving cars at Google in 2007, few people outside of the company took him seriously … ‘I can tell you very senior CEOs of major American car companies would shake my hand and turn away because I wasn’t worth talking to,’ said Thrun. “Uber has just bought a half-a-year-old company [Otto] with 70 employees for almost $700 million,” Thrun was quoted as saying.

“If you look at GM, they spent $1 billion on its acquisition of Cruise. These are mostly talent acquisitions. The going rate for talent these days is $10 million….I’m surrounded by companies that are desperate for talent…Non-traditional players are joining the field and they’re all building substantial teams. But the skill set to build a self-driving car is a multidisciplinary skill set [and] that broad skill set is just not there.”

Thrun estimated that the tech industry alone is in need of about 5,000 engineers. All regions considered, from Detroit to Germany to Japan, Thrun said companies may be in need of something on the order of 20,000 engineers.

– Uber’s self-driving cars need a lot of radar, sensors and camers to get around. You can check out the whole package in the video below.