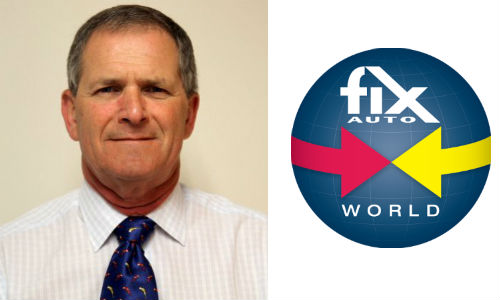 Feehan is responsible of overseeing Fix Auto’s Australian operations, growing the organization’s team, supporting the network and building relationships with suppliers to help establish Fix Auto as a player in the Australian collision repair market. Fix Auto had previously announced it had identified the facilities that will form the founding membership of Fix Auto Australia. For more on this, please see “Fix Auto announces first Australian members.”

“I am very excited about joining Fix Auto. The Fix Auto model benefits independent repairers who want to grow and create opportunity by joining their peers in a recognized, respected and successful national repairer group,” said Feehan. “It is my goal and that of my Australian team to work with repairers, suppliers and work providers to build Fix Auto Australia into a network based on honesty, integrity and full focus on the customer.”

Australasian Paint & Panel reports that SAPE Group CEO Ray McMartin has thanked Feehan for his contribution to the business over the years.

“Earlier this year Terry felt that he needed a new challenge and with our knowledge the opportunity arose to take on this new position with Fix Auto,” said McMartin, as reported by Australasian Paint & Panel. ““I know one thing for certain and that is if anyone can put Fix Auto together in Australia, Terry Feehan can.”

“Terry is a seasoned industry professional and his extensive experience will be key in ensuring our growth and cementing our position as leading collision repair network in Australia,” Steve Leal, President and CEO of Fix Auto World. Leal is also the President and CEO  of Fix Auto’s Canadian operations.