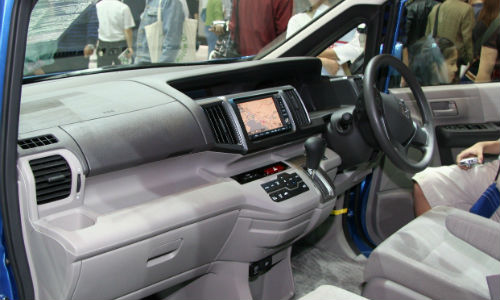 Detroit, Michigan — July 27, 2015 — What subject is more trendy today than telematics? The idea that cars of the future are going to be tied into the Internet and will pass data between them is a story everyone in the industry is talking about.

The conversation at this year’s NACE seemed to bear that out, as there was much discussion around connected cars and telematics. News broke the week of the show that Chrysler was going to recall some Jeep Cherokees that were, apparently, capable of being hacked while on the ride. Fiat Chrysler has since announced they’re recalling approximately 1.4 million vehicles because of this issue.

In addition to a lot of ‘water cooler’ talk about telematics, NACE also provided a chance to discuss telematics in a more formal setting, with the Technology & Telematics Forum. A few observations:

Spokespeople from some of the big OEMs were on the panel. According to one, “Telematics means different things to different OEMs.” That is, defining exactly what this term means is still being worked out. That said, “this is the era of connected cars. The collision repair industry is no longer just about working sheet metal,” said another panel member.

In many ways, this area is so new that the industry needs to have a conversation about the exact nature of the goal. “What data should we be downloading? This is what we need to discuss as an industry,” said another panel participant.

The questions from the floor were interesting. The big concern seemed to be that the aftermarket industry would be left out of the telematics revolution. The OEM reps on the panel worked to allay those concerns.

“We’re working to enable access,” said one panellist. “We need to create secure vehicles. But we also need to allow after market players access. I suspect that, kicking and screaming, the OEMs will be forced to allow access.” Another panellist was “cautiously optimistic,” that OEMs would allow access.

Another interesting question from the floor: Should shops start talking to clients about connected cars? One panellist said “Yes,” another said, “No.” Everyone agreed that “things aren’t as easy as they used to be. This is a more complex industry.”

One attendee of the conference wondered if it was “possible to get a virus from used parts?” Hopefully not, but “Anything is possible,” was the answer of one panellist.

Another interesting point mentioned: In terms of rights around data, “We have to wait for the courts to figure this out….We need standards.”

Finally, will drivers be able to turn connectivity off? OnStar can be turned off, but it’s not clear yet that connected cars could be made to go completely dark. There could be numerous safety and insurance issues around telematics.

“We don’t know if we’ll be able to allow the driver to turn off. It could be that there would be too much liability to turn telematics off.”

That is, if cars are able to talk to each other on the road, and are using telematics to remain safe, and spaced apart, having a car not “involved in the conversation” between cars would be dangerous.