SAAR Your Engines: Spring Conference and AGM this weekend

Moose Jaw, Saskatchewan — A weekend to remember is about to unfold as the Saskatchewan Association of Automotive Repairers (SAAR) preps to host its annual Spring Conference and Annual General Meeting this weekend. Kicking off with a gathering at the local pub Bobby’s Place, SAAR’s Spring event will operate under a “come and go” format […]

Estevan, Saskatchewan ⁠— Saskatchewan Government Insurance (SGI) will be hosting a Town Hall this Thursday, December 2 at the Western Star All Suites in Estevan from 5:30 p.m. to 7:30 p.m. During the meeting, SGI will seek feedback in two areas: what the public insurer should expect from a high-performance collision centre, and what a […]

Regina, Saskatchewan — Sunday marks the beginning of Skilled Trade and Technology Week in Saskatchewan, and the provincial government is hoping it can steer some young talent toward our underserved trades industries. The province is encouraging schools to bring in apprentices and tradespeople to present to students on the many fulfilling career opportunities that exist […]

Regina, Saskatchewan — Last week, the Regina Police Service said it had witnessed an increase in a specific type of business-related auto theft, targeting businesses like auto repair shops and dealerships that use drop-boxes for customers’ vehicle keys. Since August 2021, five separate collision repair centres have reported their drop boxes and the keys inside […] 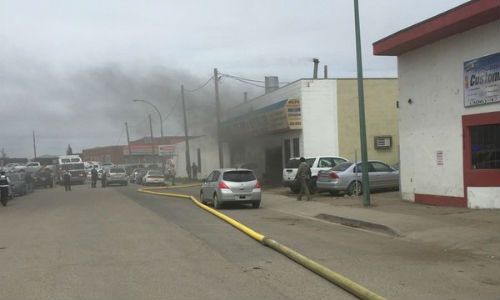