Toronto, Ontario — The National Institute for Automotive Service Excellence (ASE), an organization that works to improve the quality of vehicle repair by testing and certifying automotive professionals has recently expanded its certification testing in Canada. This expansion was made possible through its acquisition of Vancouver-based Paragon Testing Enterprises by Prometric.  “Prometric has been a […] 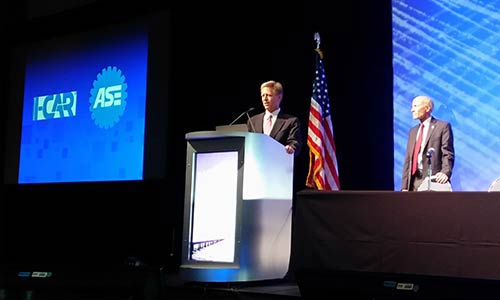 By Mike Pickford Anaheim, California — August 11, 2016 — For the best part of the past two years, a pair of collision repair trainer associations has been locked in negotiations in an attempt to unify industry training, testing and certification. On Wednesday (August 10), the heads of both I-CAR and ASE announced an agreement […]