In early February, a U.S. bill labelled H.R. 6570 or the “Right to Equitable and Professional Auto Industry Repair,” or the REPAIR Act, was filed by Democratic Representative Bobby Rush.

United States lawmakers introduced “Right to Repair” legislation in February, marking the first steps in what could be a transformative measure for the future of the North American collision industry.

The bill, labelled H.R. 6570 or the “Right to Equitable and Professional Auto Industry Repair,” or the REPAIR Act, was filed by Democratic Representative Bobby Rush, and would require that “All tools and equipment; wireless transmission of repair and diagnostic data; and access to onboard diagnostic and telematics systems needed to repair a vehicle.”

If passed, the legislation would prohibit “impeding a vehicle owner or a repair shop from obtaining service information, tools or parts, including the ability for a vehicle owner to choose aftermarket parts, needed to fully maintain and repair a vehicle,” according to the CAR Coalition’s website. The bill does not mention the use of OEM information and repair tools, which independent repair centres currently have access to.

“From the repair shop to the board room, this effort has been fueled by the people of the aftermarket, and we couldn’t be prouder of that alignment behind this important legislation,” said Paul McCarthy, president and CEO of AASA, in a statement. “This effort supports principles of competition, consumer choice, and safety that we believe will benefit the whole automotive industry in the long run.” According to a 2019 Motor whitepaper titled How to Generate More Demand for OE Parts, approximately 70 percent of post-warranty vehicle service work in the U.S. is performed in the automotive aftermarket. Without the freedom of choice, a huge chunk of business hangs in the balance. 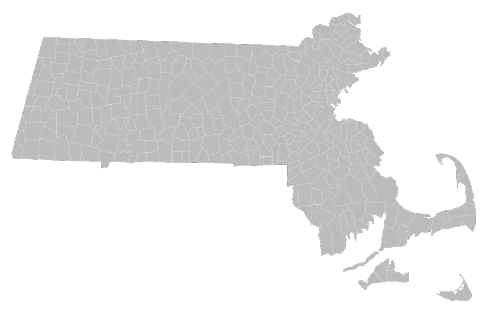 In November 2020, Massachusetts voters overwhelmingly passed a ballot measure expanding access to vehicle repair data. The results were collected across 86 percent of Massachusetts precincts, with 75 percent voting in favour of the move.

In mid-March more than a dozen people testified to Connecticut state legislators about their definitions of OEM, aftermarket and recycled parts, as well as their perception on whether anything other than an OEM part could be considered of “like-kind and quality.” 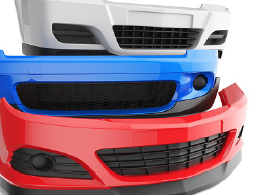 If passed, the U.S. legislation would prohibit ‘impeding a vehicle owner or a repair shop from obtaining service information, tools or parts, including the ability for a vehicle owner to choose aftermarket parts, needed to fully maintain and repair a vehicle,’ according to the CAR Coalition’s website

Several states have already taken their own moves on the topic, with Massachusetts voters passing a ballot measure expanding access to vehicle repair data. The results from the No- vember 2020 referendum were overwhelming, with 75 percent voting in favour of the move. The ballot demanded OEMs using a telemat- ics system create an open-access platform across all the manufacturers’ makes and models, available to all repairers in the state, beginning in the model year 2022.

“Such platform shall be capable of securely communicating all mechanical data emanating directly from the motor vehicle via direct data connection to the platform,” read the addition to Massachusetts law. “Access shall include the ability to send commands to in-vehicle components if needed for purposes of main- tenance, diagnostics and repair.”

Shortly after the ballot was passed, the Alliance for Automotive Innovation (AAI)— which represents nearly every OEM but Tesla—served a lawsuit again Massachusetts Attorney General Maura Healey, claiming the 2022 deadline was too soon.

“Because the Data Law will become effective December 3, 2020, members face immi- nent risk of enforcement of the law against them—with penalties ranging all the way up to exclusion from the automobile market,” AAI wrote in the lawsuit. “Other portions of the law go into effect beginning model year 2022 which, given industry lead times, is materially no different than right away, because model year 2022 sales can begin as early as January 2, 2021.”

AAI also said the National Highway Traffic Safety Administration told the Massachusetts Legislature’s Joint Committee on Consumer Protection and Professional Licensure that, “if enacted, the Data Law would require ‘vehicle manufacturers to redesign their vehicles in a manner that necessarily introduces cyberse- curity risks, and to do so in a timeframe that makes design, proof, and implementation of any meaningful countermeasure effectively impossible. And by doing so, NHTSA stated, the Data Law creates a ‘direct conflict’ with federal law.”

In January, it was revealed by AAI that two automakers—Kia and Subaru—had chosen to disable the telematic capabilities of its 2022 vehicles sold in Massachusetts. Rather than sell a vehicle that did not comply with the state’s telematics requirements, the OEMs simply shut off the entire units, which include features like roadside assistance and crash notification.

A ruling in the case is expected in April. There are also moves in U.S. courts regarding the use of OEM versus aftermarket or recy- cled parts. While certain OEMs have issued statements condemning the use of recycled or aftermarket parts, citing quality control and OEM repair standards, many in the industry are pushing for more stringent rules that allow for continued use of aftermarket and recycled parts, when available.

In mid-March more than a dozen people testified to Connecticut state legislators about their definitions of OEM, aftermarket and recycled parts, as well as their perception on whether anything other than an OEM part could be considered of “like-kind and quality.” At question is the State’s proposed H.B. 5366, which would enforce OEM procedures and OEM parts unless otherwise agreed upon by the customer.

Tom Tucker, senior director of state gov- ernment relations for the AutoCare Associ- ation, objected to the proposed bill, saying consumers and the aftermarket industry would be negatively impacted.

Several others, including collision centre owners, testified collision parts should be crash-test approved before even considering use in repair, noting that even certain OEMs have failed crash tests on cars.

Also proposed in the bill is the policy to prohibit any pressuring by a collision centre or insurer to use an aftermarket part or a recycled part from a vehicle older than the one being repaired.

The Right to Repair issue has been strongly advocated by industry organizations for years. Not only has the sector identified the problem and fought hard for a legislative solution—it has brought forward viable and tested solutions. Only time will tell what the outcome will be.

Regardless, one point cannot be argued: the movement requires the backing of the automotive aftermarket. The individuals repairing the vehicles, responsible for their restoration to pre-accident condition, all according to OEM standards. Winning will come alongside the support of the more than four million workers making up America’s automotive aftermarket.

PrevPreviousWHERE HAVE ALL THE PEOPLE GONE?
NextTAKE CONTROL OF CALIBRATIONSNext