Toronto, Ontario — Ontario may be getting closer to mandatory shop certifications, according to a recent episode of AIA Canada’s Curbside Chat series.

The Automotive Industries Association of Canada (AIA Canada) continued its series of discussions on July 29 with host Susan Hitchon welcoming Steve Leal, president and CEO of Fix Network World and current member of AIA Board of Directors.

Steve and Susan spoke about shop certification and its importance in providing safety and peace of mind to Canadian vehicle owners.

In most industries, there is some sort of governing body that ensures businesses are operating safely and are following all standards and regulations. Leal used restaurants as an example, where all establishments are required to undergo inspections to ensure the food and quality is up to standard.

However, “we don’t have something similar on the automotive side,” said Leal.

For that reason, AIA Canada and Leal have been lobbying officials within the provincial government for two years now, to explain why certifying collision shops would be of value to insurers, consumers and shop owners⁠—and Ontario could be getting closer to a mandatory rule.

“I think like many people in the industry, shop certification has been talked about for many years and I think it’s an important thing to bring the automotive industry to a higher level. It’s something that has been missing between all the segments of the aftermarket.”

Currently, the initiative has been put on the “backburner” due to the pandemic, however, Leal predicts things “will heat up” again by the fourth quarter.

“I think we’re very close to getting the government to realize they need some sort of certification on this side.” 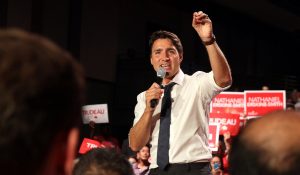