The Toronto City Council is calling on the Toronto Police Services Board to form a unit aimed at addressing the rising tide of auto theft that Toronto has been in the midst of for the past several years.

On Friday, December 17, the council voted to put the issue before the police board, specifically requesting it to work with the chief of police to “determine the resources required to re-establish a policing unit specifically dedicated to fighting the increasing problem of auto theft in Toronto; and mandate the unit to conduct proactive investigations with partner agencies across Ontario, to ensure greater information sharing and coordination of investigations into high-end auto thefts.”

Colle’s motion shed light on the more than 5,300 auto thefts that have occurred in the city over the past year and the effects they have on an area’s auto insurance rates.

The December 8 notice of motion notes the Insurance Bureau of Canada’s data that auto thefts have risen by 55 percent, in Ontario, from 2016 to 2020. According to Colle, the value of these claims totals $250.7 million, an increase of 149 percent over this same period. Colle says that Toronto-area drivers pay up 15 percent more than most Canadians for auto insurance because of higher theft rates.

Auto Body and Collision Repair class had a very happy start to 2022, thanks to a very generous donation from LKQ Corporation. On top of body panels for Centennial College students to test their skills on, LKQ also supplied OGIO backpacks, vests and top-notch supplies to each Tropicana student.

“This year was the first year we were able to include backpacks, in partnership with PPG,” said Amin Youssef, general manager for LKQ Toronto East. “We also had some extra leeway to include extra supplies, in comparison to years prior.”

The company has worked with Tropicana for more than six years and Centennial College for even longer. Through the partnership, LKQ ensures to meet with the organizations throughout the year to offer any needed support, said Youssef.

“Beyond this initial benefit, charitable giving has a ripple effect that impacts and promotes students’ positive outcomes, and for teachers to continue to do what they love and the community,” said Suad Dualeh, coordinator of Tropicana’s pre-apprenticeship training programs. “We hope this story inspires others to do the same.” 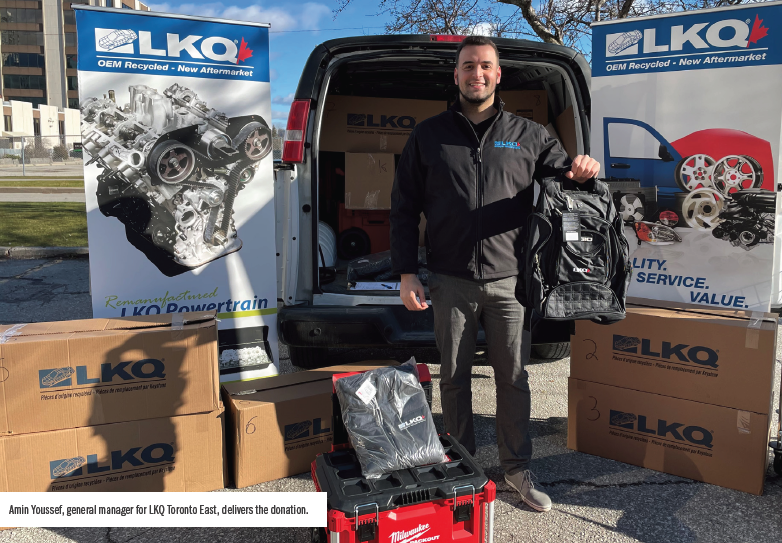 Santa Claus has sub-contractors in the CARSTAR Torcam Group, who brought the cheer to their local community this holiday season in the form of $3,000 in gifts donated to the Salvation Army Brantford and Salvation Army Simcoe.

Led by partners Javier Torres, Sebastian Torres and Liliana Galeano, the CARSTAR Torcam Group owns CARSTAR Brantford, CARSTAR Brantford West and CARSTAR Simcoe. This year, employees from each store were given the wish lists of local families to purchase gifts for. “We had a blast shopping as a team and it meant that much more to us because it was for a good cause,” said Sebastian.

“Both Simcoe and Brantford are filled with incredibly generous individuals, so we also hosted a toy drive at each of our locations to expand our contribution to the Salvation Army.”

The Salvation Army has been operating in the Brantford and Simcoe (Norfolk County) areas since 1885 and 1884 respectively. 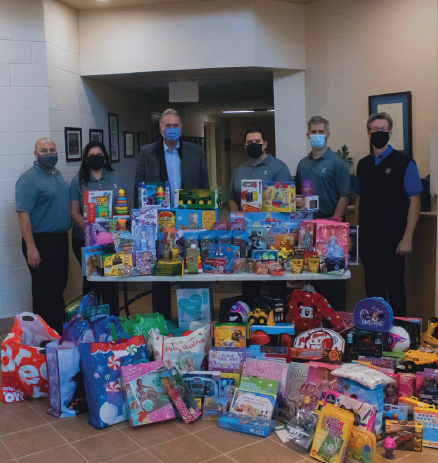 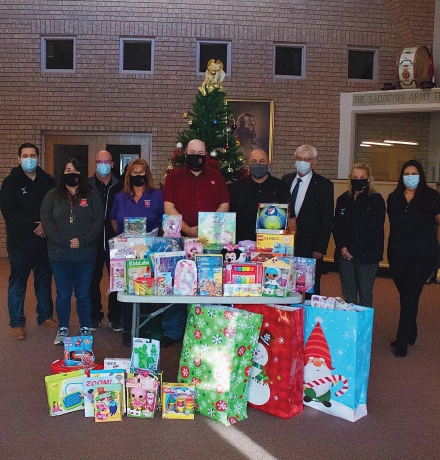 The Toronto Police Service wrapped up Project Clone earlier in December, a police auto theft investigation that resulted in two arrests at a garage in the Toronto/Brampton area.

The investigation was launched in July to identify gang members involved in car theft, according to Toronto police. On December 5, 2021 police acted on a search warrant for the garage where they seized a loaded 9mm Springfield Armory Hellcat handgun, with a three-inch prohibited barrel and a 13-round overcapacity magazine, as well as a number of key fobs from various automakers, reprogramming tools for those fobs, fake license plates and lockpicks.

“The quality of technology, and the amount seized, speaks to the level of sophistication and technical skill employed by thieves during the commission of motor vehicle thefts within the city. With tools such as this and the knowledge that thieves possess, vehicles can easily be stolen in under 30 seconds,” said Det. Daniel Kraehling.