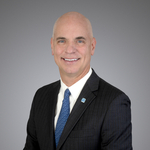 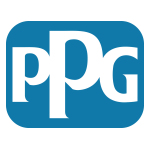 Knavish, 57, who has served as PPG’s chief operating officer since March, will succeed Chairman and CEO Michael McGarry, 64, in the role of CEO. McGarry, who has served as CEO since September 2015, will become Executive Chairman, effective Jan. 1, 2023. McGarry also has announced to the PPG Board of Directors his intention to retire as Executive Chairman and as a director of the Company, effective October 1, 2023.

“I want to thank Michael and the PPG Board of Directors for their trust and confidence as we continue to drive PPG forward. Our global business portfolio remains well positioned for future growth and to successfully navigate through the current global economic challenges,” said Knavish. “I look forward to continuing to work with the more than 50,000 PPG people across the world to support our customers, deliver excellent business performance and create additional shareholder value.”

“Tim is a highly respected business leader who has played an instrumental role in PPG’s growth across the markets we serve,” McGarry said. “His leadership has been invaluable as PPG has executed several important strategic actions, including PPG’s recent acquisitions and successful integrations of Tikkurila and Ennis-Flint, now PPG’s Traffic Solutions business. Tim’s proven ability to lead the implementation of our global business strategies, and his focus on continuously strengthening our operations and energizing our diverse workforce will be important in delivering on our growth strategy.”

“On behalf of the PPG Board of Directors, we want to congratulate Tim and also recognize Michael’s outstanding leadership and strategic vision in guiding PPG through some of the most challenging periods in its nearly 140-year history,” said Hugh Grant, PPG independent lead director and retired chairman and chief executive officer, Monsanto Company. “Michael’s leadership in completing several of PPG’s largest acquisitions has made a significant impact on expanding the company’s portfolio and reach in key growth markets. We thank him for his many contributions and look forward to benefiting from his continued leadership as executive chairman of PPG’s Board of Directors. As we look ahead, the board fully supports Tim and the entire PPG team as they work to achieve future growth and increased value for our shareholders.”

McGarry has served as chairman and CEO of PPG since September 2016. During his more than 40 years with PPG, he has served in a variety of key business and functional leadership roles in the U.S., Europe and Asia, and led several strategic actions that transformed PPG’s business portfolio. McGarry currently serves on the board of directors of United States Steel Corporation (NYSE: X), Shin-Etsu Chemical Co., Ltd., and the National Association of Manufacturers. He is a former member of the board of Axiall Corporation, and former chairman of the board of directors of The American Coatings Association (ACA).

Knavish joined PPG in 1987 at PPG’s global headquarters in Pittsburgh. He advanced through roles of increasing responsibility in several key businesses and functions, including serving as plant manager for the East Point, Georgia, architectural coatings manufacturing facility. In 2005, Knavish moved to Australia as managing director, Australia and New Zealand coatings, and general manager, automotive refinish. In 2007, Knavish returned to the U.S. where he assumed responsibility for automotive coatings, Americas, and in early 2010, he was named a vice president. In 2012, he was appointed global vice president, protective and marine coatings and in 2016 became senior vice president, automotive coatings.

Prior to being named chief operating officer, Knavish served as executive vice president beginning in October 2019, where he was responsible for PPG’s global architectural coatings businesses; the global automotive refinish business; the Latin America region; and the digital and information technology functions.

A native of Pittsburgh, Knavish earned both a bachelor’s degree in mechanical engineering and an M.B.A. from the University of Pittsburgh. He currently serves on the board of directors of the United Way of Southwestern Pennsylvania.

PPG: WE PROTECT AND BEAUTIFY THE WORLD®

At PPG (NYSE:PPG), we work every day to develop and deliver the paints, coatings and specialty materials that our customers have trusted for nearly 140 years. Through dedication and creativity, we solve our customers’ biggest challenges, collaborating closely to find the right path forward. With headquarters in Pittsburgh, we operate and innovate in more than 75 countries and reported net sales of $16.8 billion in 2021. We serve customers in construction, consumer products, industrial and transportation markets and aftermarkets. To learn more, visit www.ppg.com.

We protect and beautify the world is a trademark and the PPG Logo are registered trademarks of PPG Industries Ohio, Inc.