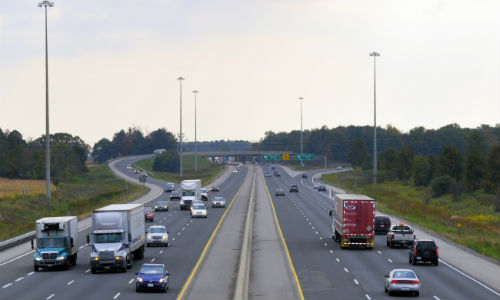 Toronto, Ontario — November 30, 2015 — This past October an Ontario Conservative MPP introduced a private members bill into the legislature, Bill-30, which would change the way tow trucks respond to accidents on highways.

The bill is meant to update Bill 15. That bill passed in 2014 and created new regulations in the towing industry, as well as introducing new regulations regarding storage fees. This new Ontario bill is being called the “missing piece” to the previous bill. Supporters hope it might cut down on the debilitating gridlock around the GTA.

The new bill is called the Highway Incident Management Act and would require the Minister of Transportation, the Minister of Community Safety and Correctional Services and the Commissioner of the Ontario Provincial Police (OPP) to establish an advisory committee within two months of passing. Eight months after that, the committee would have to provide a report that explains how the government would provide public education programs to improve driver behaviour in circumstances involving highway incidents. The report would also study issues around the provision of timely and accurate information about highway incidents to drivers.

“Once an incident is detected and confirmed, the response and clearance must be managed so as to preserve and protect human life, maintain a reasonable level of safety for all participants, minimize delays to the travelling public, and minimize damage to public and private property,” she was quoted as saying. “In a major incident, these are complex and often competing factors. Successful incident management can be facilitated by high-tech equipment, but is largely dependent on inter-agency coordination, education and on-site personnel.”

Joey Gagne is the founder of Abrams Towing and an executive with the Provincial Towing Association of Ontario (PTAO). In an interview with Collision Repair magazine, he explained what issues the committee will be looking at to improve response times. He was quick to set the initial report straight. “I don’t think they’re trying to speed it up as much as they are trying to clean up the process,” he says.

As it is, collisions on Ontario highways create a scramble among responders to get to a scene. “There are a lot moving parts here. This committee will flesh out some of the issues around how it is the fire, ambulance, tow trucks and police respond to a scene. It’s good start,” says Gagne.

The PTAO was an accredited commentator when the bill was being written. “We wanted to have some input. The PTAO has great interest in this bill. In our view, there is no incident management plan for tow trucks right now. But we need that. We want to help them to come up with some good ideas. In lots of other places they have systems that are working well. The tow truck doesn’t need to get to the scene of the accident before the police officer,” he says.

Gagne would like to see a managed situation where the police officer gets to the scene of the accident, begins the report, and then the tow truck operator is called.

“If you let the police get there first you will eliminate tow trucks racing to the scene. You can get someone there in reasonable time, within 20 minutes. Trucks will begin moving to the area when they hear it on the radio. But have the office get to the scene first and see what needs to be done,” he says. ”You’re going to be fine. They’ve got people chasing the scene right now, and that’s chaotic. It’s no good for anyone. We’re hoping that the process is something that can something can lead to good management of the scene. The current system hurts the tow operators too.”

Bill 30 is being billed as an update to Bill 15, the Fighting Fraud and Reducing Automobile Insurance Rates Act, which passed into law in 2014. Bill 15 passed second reading more than a year ago and was the subject of committee hearings last June. Bill 15 changed the Consumer Protection Act to require towing and auto storage providers to publish their rates, accept credit card payments and provide itemized invoices before receiving payment. It also revised the Highway Traffic Act to include tow trucks in the commercial vehicle operator’s registration system.

Bill 30 follows up on Bill 15. “Unfortunately, missing from this new legislation was a concrete plan to address highway incident management,” said Martow, speaking in the Legislature. “Mr. Speaker, will the (transportation) minister move forward with the missing puzzle piece of their own Bill 15 by bringing Bill 30 forward for discussion in this House?”