Recently one client asked about a small on-line campaign we were developing. I was, naturally very pleased they liked our media recommendation, but a bit disconcerted at the question.

Are the 50,000 impressions on site XYZ going to be enough over 4 weeks?

Should we buy more just in case?

You can never give a media buyer-that’s me- too much money. However, she was asking as though just the incremental weight was all that would be required to guarantee a winner.

There are just too many variables that influence responses – in all media.

Certainly having adequate presence is among them.
Choosing the right site or sites contributes as well.
The nature of the creative is a key element.

Will it pull you in enough to stimulate a ‘click’ to get to your site?

Is there any other media support to bolster awareness?
How much equity is there, if any, in the brand being advertised?

To suggest, or hope it can all be fixed, or made better by throwing more at it is not the ideal strategy in our estimation.

We’d love to see this campaign do extremely well.

We want that for every campaign.

But the only way to know – to really know if this on-line campaign is working is to test it.
Measure it. See what level of responses it generates, rather than increasing the spend at the outset.

Before opening up the wallet even further, we countered with this proposal.

Keep the proposed weight the same of 50,000 impressions.

Make it two weeks instead of four weeks.

The budget will not change.

You’ll increase the weight per week.

You’ll have two weeks – which is a lifetime on-line, for some testing.

Then after two weeks, when all 50,000 Impressions have been deployed through different creative sizes on different positions on the site, you’ll have a benchmark of what’s working, or not, and can adjust accordingly.

My client was taken aback.

You’re the first person to suggest something other than just spend more money.

P.S. Your marketing is your lifeline. Cut this budget and you slice your jugular. Always be in front of your audience. And do it smartly and with integrity. You will be remembered by the lowest denominator you select. Choose wisely.

A professional to his fingertips, Dennis Kelly of First Impressions Media brings a deft touch as your media magician.

Extracting incremental media value for you from suppliers is second nature for Dennis. His versatility in all media is bred of 3 decades of hands-on media planning & buying experience in the media trenches.

by Dennis Kelly Come on in, come on in, we’re just about to start. Come on in.   If you’ve

Media Spike #14 – There is NO Failure When you Test. Only Results.

by Dennis Kelly   Greetings and let me ask you: How much is too much? When do you know if you’re

by Dennis Kelly Oh good, you’re here. Nice to have you again. It started out as an ordinary, unassuming day, 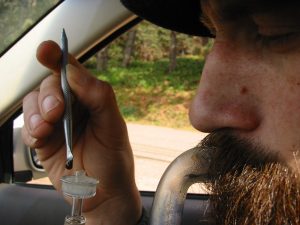