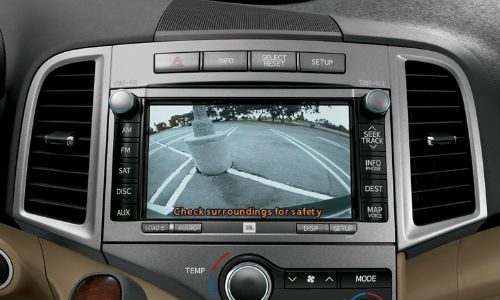 Ottawa, Ontario — October 31, 2016 — Back-up cameras on new vehicles may soon be the law of the land. Transport Minister Marc Garneau has proposed new regulations that will require the systems on all new cars sold in Canada beginning May 1, 2018.

Garneau made the announcement the morning of October 31, 2016, at Le Trillium Public Elementary School in Ottawa, while flanked by students dressed as astronauts.

The proposed new regulations would require rear-visibility systems on all new vehicles sold in Canada to help drivers see behind their vehicle when they back up.

“I’m not one for tricks, but I do like giving treats, and one of the best ones I can give this Halloween is to make rear-view cameras and displays standard equipment on all new vehicles, including base models,” said Garneau in a prepared statement. “This helps children be seen and provides Canadians with one of the best safety technology systems to reduce back-over collisions.”

While rear-view cameras and displays are found on a number of vehicles today, some models don’t include them. The proposed regulations will rectify this by providing all new car owners with improved visibility to spot people and objects behind a vehicle when backing up.

Back-over crashes were responsible for more than 1,500 injuries and 27 deaths in Canada from 2004 to 2009, according to estimates from Transport Canada. The proposed regulations would align Canada with similar safety legislation in the US, where the laws have been on the books since 2014.

“The objective of this proposal is to align the Canadian and United States safety regulations, to provide Canadians with the same level of protection under the law related to back-over crashes offered to residents of the United States and to satisfy vehicle manufacturers’ call to eliminate regulatory differences between Canada and the United States,” according to a statement from Transport Canada.

Ian Jack, Managing Director of Communications and Government Relations at the Canadian Automobile Association () and Edith Dumont, Director of Education for the Public School Board of Eastern Ontario, joined Garneau in making the announcement.

The proposed amendments would apply to new vehicles with weights under 4,536 kg, including cars, trucks and even low-speed vehicles such as golf carts.