Windsor, Ontario — Ontario has invested more than $2 million into local businesses in Windsor-Essex county, creating 194 new jobs in the automotive and manufacturing sectors, according to the provincial government.

On Jan. 21, Vic Fedeli, the province’s Minister of Economic Development, Job Creation and Trade, announced the investment of $2,086,838 from the Southwestern Ontario Development Fund to support five businesses in Windsor-Essex county⁠—four of which are in the automotive sector.

Windsor, Ont.-based Precision Stamping Group will receive $813,750 from the fund. According to the provincial government, this investment will go toward investments in innovative technology for the automotive stamping industry and producing “the next generation of high-strength steel products and technologies that can make vehicles lighter, more fuel-efficient, safer and more environmentally friendly.”

The company also plans to expand its global presence with the investment and hopes to increase its exports to the United States.

Precision Stamping Group’s project is set to create 20 new jobs by its completion in August 2021.

APAG Elektronik Group, which celebrated its grand opening in Windsor in April 2019, will receive $499,541 from the provincial government. With the funds, APAG will build its first production plant in North America, new production lines, improvements to research, development and distribution capacity as well as investments in all-new equipment designed to serve the North American market.

According to the government, the APAG project will create up to 134 new jobs by its completion in March 2024.

Universal Fabricating⁠—a manufacturer of home-grown fabricated metal products for the auto industry—will receive $499,541 from the fund. It plans to expand its existing building by 2,007 sq. m. doubling its size to allow the company to install new equipment and boost production by up to 43 percent.

The Universal Fabricating project is set to create 13 new jobs by its completion in October 2022.

Laval Tool and Mould⁠—which serves a variety of industries with its compressing moulds, including automotive and aerospace sectors—will receive $185,210 for the company to diversify its product and services offerings, helping it manufacture larger and more complex products. With the funds, Laval Tool and Mould plans to achieve increased productivity, shorter lead times and bring a range of service capacities under one roof.

“This announcement is another example of our government’s continued commitment to supporting key Ontario sectors like automotive and manufacturing in regional and rural communities,” said Fedeli. “Our government is supporting an environment where businesses can expand and create good jobs.”

Windsor, Ontario — Fiat Chrysler Automobiles (FCA) has confirmed it will be cutting production at its Canadian minivan plant, eliminating 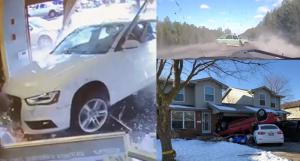 Toronto, Ontario ⁠— In this week’s Believe it or Not, Collision Repair highlights some of the craziest crashes caught on 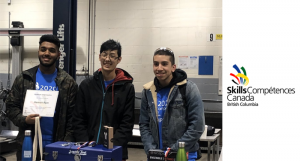 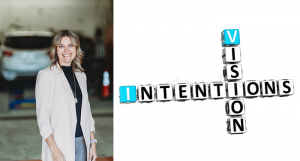 Chelsea Stebner: Don’t drop the ball on bettering your business