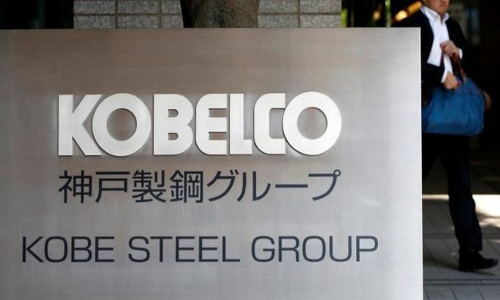 Toyota Motor Corporation, which is one of the world’s largest automotive manufacturers, released an update regarding its investigation into the impact of Kobe Steel’s recent announcements on improper conduct related to materials used in vehicle bodies, specifically for Toyota and Lexus vehicles.

The company said the initial phase of its investigation focused on aluminum plates based on the information received from Kobe Steel on October 8, 2017.

Kobe Steel previously announced that its aluminum and copper business had supplied thousands of tons of materials to OEMs that did not meet the required specifications. It said inspection certificates had been “improperly rewritten” for 19,300 tons of aluminum products, 2,200 tons of copper products and 19,400 units of aluminum castings and forgings between September 1, 2016 and August 31, 2017.

Toyota confirmed the affected plates were used in the construction of hoods, rear hatch, and front door hinge components of certain vehicles.

However, it said that its analysis confirmed the aluminum plates satisfy both statutory regulatory standards and Toyota’s own internal standards for key safety and durability performance requirements in the affected vehicles. Toyota reiterated that its internal standards “meet or exceed” those defined by law.

The statement from Toyota added: “Outside of this investigation, the company continues efforts to identify the full impact of all of Kobe Steel’s announcements to date, including non-aluminum materials purchased directly from Kobe Steel or in the form of components via suppliers used in Toyota vehicles, such as copper tubes, steel wires, steel powder, etc.”

It follows the news last week that the United States Department of Justice demanded that Kobe Steel provide documentation in regards to its faked product data scandal.

Kobe Steel confirmed its US subsidiary, Kobe Steel USA, had received a document from the US judicial administrative authority requesting the production of documents related to “non-conformity with the specification of products sold by the company.”

The company previously said 200 firms had been affected by the scandal, however, according to a report by BBC News, Kobe Steel has increased this number to 500 as well as finding “inappropriate actions” relating to nine more products.

Previously, a spokesperson for Subaru told Collision Repair magazine that the company was investigating the situation but it couldn’t say more. Meanwhile, other OEMs were either unwilling to comment or unavailable at the time of publication.