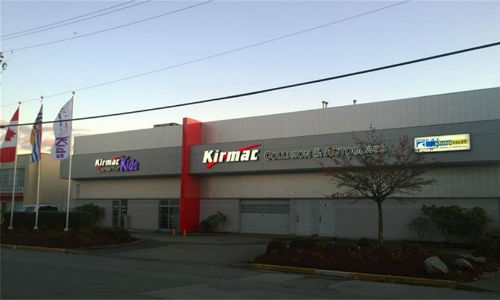 Coquitlam, British Columbia — December 7, 2015 — Kirmac Collision & Autoglass is excited to announce the opening of its second location in Richmond, BC. The latest addition brings the total number of Kirmac stores in British Columbia to 16.

“Over the past couple of years, we have been looking for opportunities to expand Kirmac’s presence in this market due to the increased demand for our services,” said Mark McIntosh, Regional Manager of Kirmac. “Taking over this repair centre allows Kirmac the opportunity to introduce customers to our exceptional service, quality repairs and innovative approach to the vehicle repair process.”

“We embarked on an ambitious expansion plan in British Columbia following the sale of our US business last November,” said Ian McIntosh, Founder and CEO of Kirmac. “We set a goal to double our size over the next five years, and we believe there is tremendous opportunity in the Lower Mainland and other regions of the province to expand our business.”

As a proud supporter of BC Children’s Hospital, the addition of new repair centres provides Kirmac the opportunity to increase its annual donation as part of the Kirmac Cares for Kids program. The company recently announced its goal of raising half a million dollars per year, following a five year accumulated donation of over $1 million in May 2015.