Manitoba drivers are projected to see auto insurance premiums drop by an average of 8.8 per cent in the coming months. In early December 2020, the Public Utilities Board (PUB) approved MPI’s request, which averages out to a savings of more than $100. The corporation had begun turning over more money to ratepayers last year.

MPI has received approval from PUB for a second round of rebates due to the plummeting number of claims during the pandemic. The new agreement reached by MPI and the Insurance Brokers Association of Manitoba (IBAM) over the future of online sales, will keep auto insurance sales in the hands of private brokers, even in online transactions.

Urban Ontarians are no strangers to high auto insurance rates, and thanks to an interactive map produced by Rates. ca, now they can compete with their friends to see whose neighbourhood has the highest rates. Drivers in Brampton, Ontario pay the highest rates in Ontario coming in at an average of about $2,698 per year. 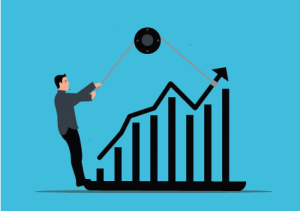 Police in Saskatchewan spent November focusing on suspended drivers and unregistered vehicles as part of SGI’s Traffic Safety Spotlight. Driving without a license, while suspended or when your vehicle isn’t registered voids your insurance if you cause a collision. If you are caught, penalties include fines, court summons, and vehicle impoundments.

Drivers in British Columbia could finally get some of the financial reprieve they have been asking for now that the BC Utilities Commission has approved a 15 percent cut to the crown insurance corporation’s basic insurance rates, effective May 1, 2021. The provincial government has promised to drop the rates of the Insurance Corporation of British Columbia (ICBC) by 20 percent overall, with this latest 15 percent cut marking the largest made in the corporation’s history.

Regulators also updated ICBC’s Tariff Pages to give customers access to up to $7.5 million in rebates, up from the current $300,000. These changes come with tighter restrictions for litigation, however, as most crash victims will be prohibited from suing for financial compensation unless they are involved in a crash with someone charged with a criminal offence or if either a manufacturer or repair facility is found to have done faulty work.