Eager to put what is now being considered Earth’s worst orbit around the sun, more commonly referred to as the year 2020 behind them, Mitchell International has released a report showing the top five trends to watch out for in the automotive industry in 2021.

The industry suffered a number of setbacks over the past year as a result of the COVID-19 pandemic, including “a disruption in the export of Chinese parts, manufacturing delays in Europe, the short-term closure of U.S. assembly plants and a significant drop in sales volume” as major contributors to industry strain.

However, where disruptions were experienced in many aspects of the industry, many automakers and parts manufacturers found ways to pivot their business in order to meet the new needs demanded by such an uncertain year for the economy.

Ford, General Motors and Tesla Motors, among others, teamed up with medical equipment manufacturers to help produce the ventilators, respirators and face shields that would in turn help so many struggling dealerships and collision centres reopen their doors following the initial lockdown in the spring.

As well, the new emphasis on remote accessibility to services has prompted a more serious look towards online purchasing platforms for companies in the auto sector. In 2021, the U.S. market is expected to offer 75 different fully electric or plug-in hybrid models compared to 59 in 2020. Startups like Carvana Co. and Vroom Inc. are drawing an increased amount of attention as consumer habits continue to trend strongly toward a desire for more online and app-based vehicle purchasing options.

Since the beginning of the pandemic GM has seen its percentage of dealers using the company’s Shop-Click-Drive program rise more than 40 percent, with 85 percent of GM dealers now using Shop-Click-Drive. In these adaptive business decisions, automakers and repairers have demonstrated their ability to adjust to rapid and abrupt change, a factor that helped Mitchell determine the five trends that are likely to present themselves in the coming year.

The first trend identified in the report indicates that the pandemic has led to an environment where personal vehicle ownership has taken greater priority in the minds of consumers over shared mobility options which industry experts predicted to overtake the traditional concept of vehicle ownership.

Cox Automotive’s chief economist Jonathan Smoke referred to this shift in consumer ideals as an indication that “the vehicle, in many ways, has become our own private bubble,” according to Smoke.

The second trend in the report points to the rapid expansion of electric vehicle (EV) availability in the market as a key contributor to the increased adoption of emissions-free options for drivers.

In 2021, the U.S. market is expected to offer 75 different fully electric or plug-in hybrid models compared to 59 in 2020. As well, increased competition in the EV sector has resulted in the former market dominance of Tesla being reduced to a projected market share of 55 percent in 2021, down from 66 where it was previously predicted as the competition in EV sales starts to ramp up.

Diagnostics and pre-repair scanning are becoming a more common practice in the collision repair industry, according to the report. The necessity of these procedures grows by the day as a study of more than 2.2 million scans by Mitchell shows that “the average scan produces more than seven diagnostic trouble codes (DTCs), making pre- and post-scanning critical to properly restoring a vehicle’s safety systems.”

The report found that “the average number of labour hours categorized as ‘glass’ has increased by just over 27 percent since 2018,” based on Mitchell’s data from glass estimates. A potential reason for this shift in focus could be the increasing prevalence of “headsup display” (HUD) technology that displays vehicle information directly on the glass of the windshield.

“Analysts expect the use of HUD technology to increase, with an anticipated 31.3 percent compound annual growth rate (CAGR) between now and 2025,” according to the report. Finally, the report shows that accident severity is up slightly, with the frequency of estimates classified as “non-drivable” having grown by 5.63 percent. As well, the frequency of airbag deployments has increased by 22 percent according to the data.

Experts suggest that this trend could be a result of lighter-weight parts being used in vehicle assembly and “the interconnectedness of vehicle systems” and their potential to fail. 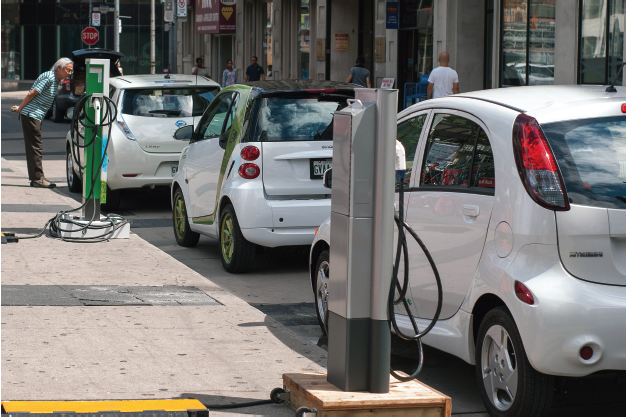