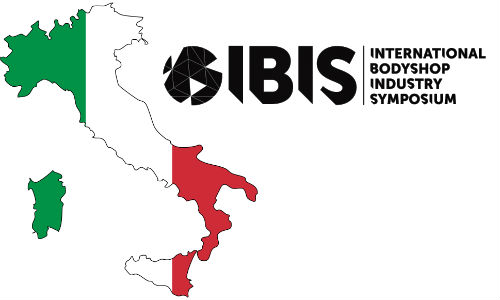 Peterborough, Ontario — December 21, 2016 — Italy is going through an economic lull in its collision repair industry, with too many collision repair facilities, and too little work for collision repairers, according to a report from the International Bodyshop Industry Symposium (IBIS).

IBIS draws together key influencers and thought leaders from across the globe to discuss the trends and factors impacting the collision repair industry both at home and abroad. Collision Repair magazine is the exclusive Canadian Media Partner for IBIS.

The data in this report was provided courtesy of Milano-based CAR Carrozzeria, Italy’s Media Partner for IBIS.

Italy’s story is a familiar one to any repairers who recall when Canada’s shop population was around 8,500 locations. In other words, the country has a saturated market, with too many collision repair shops pursuing too little business, according to Renato Dainotto with CAR Carrozzeria.

“The Italian market has got too many car body repairers which creates a difficult economic situation of too little work shared between too many body shops,” Dainotto writes. The market, though not in a boom by any means, is still stable, with roughly 12,000 body shops. Fewer than 5,000 of those shops have what could be called a large presence. In addition to this, there are not yet any big networks in the country, which could provide an opportunity for consolidation and investment.

Employment in Italy in the collision repair industry is healthy. In 2015, the Italian Parliament enabled the government to issue a series of labour reforms, which was named the Job Act. The Job Act specifically targeted young people and industrial workers, to try and raise up both sectors, which had seen massive dips since the 1980s. Youth employment has since risen, as well as the industrial capabilities of the country, according to a European Union report put together by Marta Fana of the Institute D’etudes Politic de Paris, and Dario Guarascio and Valeria Cirillo of the Saint Anna School of Advanced Studies in Pisa.

Vehicle manufacturers are increasing their involvement in the collision repair sector much more than they had before. A number of OEMs are moving to create their own network of body shops, which they hope will consolidate the many independent businesses in order to give them a higher influence and a larger presence. Some vehicle manufacturers and OEM parts companies have already started doing this, including the PSA Group, created by Citroen, Peugeot, and DS.