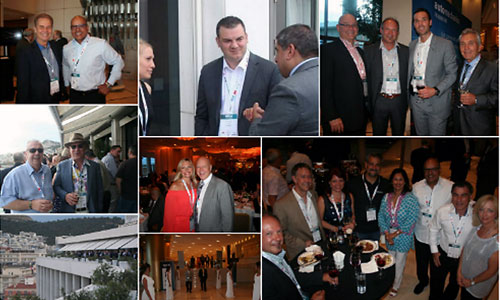 Within 10 years, roughly two-thirds of the revenues from the $30 billion US collision repair industry will be captured by just four consolidators, according to Rex Green of BB&T Capital Markets during his presentation at IBIS on May 28, 2015. The worldwide gathering of key influencers and industry stakeholders took place in Athens, Greece at the Hilton Athens. Collision Repair magazine is the exclusive Canadian Media Partner for IBIS.

Green’s presentation focused on consolidation in the US, and the potential impacts for the rest of the world. In addition to predicting that two-thirds of the revenue will be controlled by those four consolidators, Green also foresees a time when they will eventually do virtually all of the carrier-paid repairs.

“Since the consolidators have a little more than 10 percent of the market today, my prediction might seem aggressive,” says Green. “However, the market forces driving consolidation in the US are simply unstoppable. Consolidation of this magnitude may not take hold around the rest of the world, but if it doesn’t, it will be because of regulatory, legal or cultural constraints that defy economics.”

The industry forces behind the move towards consolidation are, in Green’s words, “relentless.”

As he sees it, these forces include the ever increasing investment required to meet insurer’s demands for better, faster and more comprehensively self-managed and performance based facilities, increasingly complex repairs requiring more training and more equipment investment, the scarcity of qualified technicians and OEs and dealers leveraging telematics and certification programs.

Green also discussed whether “American style” consolidation may be coming to markets in Europe and Asia, pointing to factors such as economies of scale and the aggressive influence of capital.

Other highlights from the first day of IBIS included Sean Carey of SCG Management Consultants’ review of the last year in connected cars, insurer models in South America and Asia, presented by Joe Funk of AIG and “Data is the new oil,” by Clive Humby, Chief Data Scientist of Starcount.

Humby makes a strong case for comparing the two. Data, like oil, is difficult to use and benefit from in its crude state. Both need refining and external catalysts to be made useful. When data or oil is processed, it can be explosive and potentially dangerous. Finally, as with plastics and polymers, some of the best and most profitable uses of data are what is made from it by others.

The first day of IBIS also included a view of the Greek collision repair market provided by Yannis Ioanniadis of AkzoNobel, Wijnand Mebius’ look at parts platforms in use in the Dutch market, and David Mills of Direct Line’s presentation on the view of the customer.

Andy MacDonald of Tesla Motors presentation on how the company has built a global network of consumer-minded collision repair facilities kicked off the second day of the conference, followed by Georg Tautz of Axalta’s “Russia: still an opportunity?” Paul Sykes of Audatex gave the final presentation of the day, looking into Generation Y and digitalization.