Toronto, Ontario — A joint project between Ford engineers in California and Germany is currently in the midst of trials for a geofencing technology that the OEM boasts “could one day do away with the need for speed limit signs completely.”

What Ford is calling the Geofencing Speed Limit Control system is purported to make streets safer, help drivers slow down and avoid speeding tickets and improve roadside appearance by no longer needing traffic signs, according to the automaker.

According to Ford, drivers will see the upcoming speed limit flashing below the current speed on the dashboard display cluster and the vehicle will automatically reduce its speed to that of the geofenced zone. The driver, however, can override the system and deactivate the speed limit control at any time.

“Connected vehicle technology has the proven potential to help make everyday driving easier and safer to benefit everyone, not just the person behind the wheel,” said manager of City Engagement Germany at Ford of Europe Michael Huynh, in a statement.

“Geofencing can ensure speeds are reduced where—and even when—necessary to help improve safety and create a more pleasant environment.”

Ford says this new system will likely be more flexible and effective than existing driver assistance systems like Intelligent Speed Assist and Adaptive Cruise Control with Stop and Go.

This technology comes as the result of a collaboration between Ford engineers in Cologne and Aachen, Germany and Palo Alto, Calif. The transcontinental effort managed to develop technology that connects the vehicle to the geofencing system for GPS tracking and data exchange, according to Ford.

The teams are using two Ford Pro vehicles to analyze the impact of speed limiting on improving traffic flow and reducing the risk of accidents.

“In the future, Ford’s Geofencing Speed Limit Control system could enable drivers to set their own geofencing zones at speeds as low as 20 km/h, including at depots and private facilities,” according to the press release. “Speed limits could also be set dynamically, to take into account local hazards, temporary road works and the time of day.” 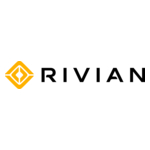