Toronto, Ontario — September 10, 2014 — Interesting bits and pieces from the week that was:

– Bloomberg news published a report this week suggetsing bids are surfacing for Solera. This is the parent company of AudaExplore/Audatex. The bids are said to value the company at $3.6 billion. “A winner could be chosen as early as this week,” according to the nameless source cited by Bloomberg. “No decision has been made and any deal may still fall apart, they said.” Collision Repair magazine recently reported that Solera had crafted a $33 million bonus plan mean’t to get managers to stay through a possible acquisition. It seems that deal is emerging. One of the bidders is said to be Thoma Bravo, which own iPipeline, a software package that links stages of the life insurance process. Another of the rumoured bidders is Vista Equity, which owns DealerSocket, a bit of software used in auto dealerships.

– A story this week in the UK newspaper the Telegraph claims it’s impossible to remove the threat of hacking, and that perceived threat means driverless cars will never be completely accepted by consumers. It’s not something business owners like to admit, but no computer system is perfectly safe. As soon as any computer is linked into a network there is a potential for it to be hacked. This fact is an obstacle to the adoption of driverless cars according to a report cited in the story from the Boston Consulting Group (BCG) and the World Economic Forum. The report researched issues around the acceptance of driverless cars. It found that a recent wave of media articles about the ease with which hackers have been able to take control of connected cars has dampened interest in automated vehicles. The story quoted one of the authors of the report: “Such incidents could demolish public confidence in autonomous vehicles overnight and undo years of costly research and development.” The story could capture a certain reality. Foreign Policy magazine is running a story right now that quotes recent testimony from the US Director of National Intelligence, James Clapper, who testified that people need to get ready for a future in which “everything is hacked all the time.”

– Others think automated vehicles are coming. Automotive News has a very interesting story with industry veteran Bob Lutz. A newsletter from CAVCOE contained some of the predictions he made: “The end state is going to be the fully autonomous, fully electric module with no capability for the driver to steer it or exercise any sort of command. You will call it up, it will arrive at the domicile, you’ll get in, input the destination and go to the freeway … On the freeway, it will merge seamlessly into a stream of other standardized modules that are traveling at 120, 150 miles an hour. It doesn’t matter. You have a blending of rail-type transportation with individual transportation … Then, as you approach your exit, your module with split off and go into deceleration lanes, take the exit, [and] go to your final destination. You will be billed for the transportation. You key in your credit card number or your thumbprint or whatever it will be then. The module takes off and goes to its collection point, ready for the next person to call it up … On the freeway, [the vehicle will] be on inductive rails, not using its own battery. Of course, the batteries will be much more capable.”

– Much beloved British vacuum maker, Dyson, is said to be considering manufacturing a car. The founder Sir James Dyson recently invested $15 million in Michigan-based battery startup Sakti3. That company has received funding from the investment arm of General Motors. The company hopes to develop solid-state battery for electric cars. In a recent interview James Dyson said he wouldn’t rule out the idea of the company manufacturing a car.

– The Canadian election campaign is in full swing. It’s good to see politicians pledging support for the auto industry. Tom Mulcair is calling for Canada to stand up for the auto parts sector in the current negotiations around the so-called TPP free trade agreement. Mulcair also said an NDP government would “immediately” reinstate funding for the AUTO21 at the University of Windsor. The Windsor-based national automotive research network is about to lose federal funding. The network brought together Canadian researchers with manufacturers. “As Prime Minister, I will be a champion for the auto sector,” Mulcair was quoted as saying.

– Few people knew a collision repair centre was the archive of one of the world’s better known 20th century artists. A story on the web this week was about a body shop in Long Island. In the backroom of this auto body shop are 16 huge safes with 4,000 artifacts from the estate of surrealist artist Man Ray. When Man Ray’s second wife passed away the contents of Ray’s studio ended up in the shop owned by Eric Browner. Turns out, he was the only sibling of Ray’s wife with the space to take the stuff. Now Eric Browner’s sons, Tim and Roger, run the shop. In what is a surreal event itself, the two sometimes host the occasional researcher, academic or curator interested in Man Ray’s work. They bring them in the back and let them go through the stuff. None of the coverage names the collision facility, but you can see some photos here. 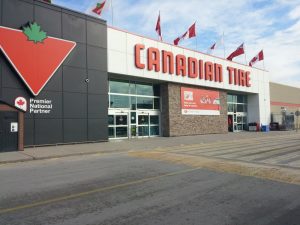 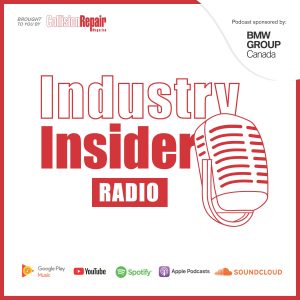