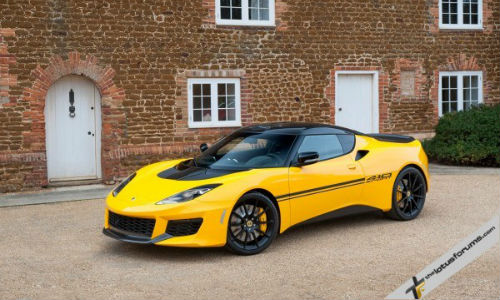 Toronto, Ontario — February 25, 2016 — Welcome to another edition of Friday Fun! This week we’ve got a recap of Fix Auto’s trip to Australia, four new execs join ABRA Auto Body & Glass and a new partnership between Maaco and Pep Boys.

– Fix Auto CEO Steve Leal travelled to Australia this winter in a bid to find some acquisitions in the rapidly consolidating Australian collision repair industry. A report from down under suggests the meetings have been a success. According to Australasian Paint & Panel, “a large number of repairers have expressed interest in knowing more about this model, available for the first time in Australia.”

– The new Lotus Evora Sport 410 will be light, light, light. The vehicle features a carbon fibre body. Don’t expect to one come rolling into your place any time soon, though. Only 150 of the super-lightweight vehicle will be made.

– London, England has seen the appearance of scooter-riding valets who will come around and charge up your electric car while you are doing something else. Luxury!

– Someone needs to make a stronger plastic for dashboards. It was so hot in Queensland, Australia this week that dashboards were melting.

– US discount repairer Maaco has announced a partnership with US auto aftermarket firm Pep Boys that will see Maaco satellite shops open inside existing Pep Boys locations. The first shops will launch in Atlanta. The deal sees a line-up between Driven Brands, the company that owns Maaco (and recently bought CARSTAR) and legendary Wall Street investor Carl Icahn, who is making a bid for Pep Boys. “The partnership with Maaco and Pep Boys is a natural fit and we look forward to maximizing this relationship,” said Jose Costa, Group President of the Paint and Collision Division for Driven Brands. “Millions of people visit Pep Boys annually; these satellite locations will add to the continued growth of Maaco and allow us reach a much broader customer base.” – According to Time magazine, one-third of cars sold by 2040 could be electric. This would “tank oil sales” and ensure the price of crude stays low as demand for gasoline dries up.

– Some more news from Driven Brands. The company just won the 2016 Franchise Times Dealmakers Award. According to a press release announcing the award, “Driven Brands was recognized after an active 2015 that saw the company rapidly expand its list of holdings. Soon after being acquired by an affiliate of Atlanta-based Roark Capital in April 2015, Driven Brands quickly acted on an aggressive growth campaign that launched with the acquisition of 1-800 Radiator in June, CARSTAR Auto Body Repair Experts in October and CARSTAR Canada in December.”

– The Mobile World Congress took place in Spain this week. One of the companies showing off products was a software maker with a “solution to continuously update and improve vehicle performance and services.” According to a press release, “The sensors on today’s automobiles generate enormous amounts of data but until today, virtually all of it has gone uncollected and unanalyzed. That situation has now changed with the introduction of the industry’s first reference design for an on-board gateway and cloud-based service that will intelligently bring data to the cloud and turn that data into easy to understand, insightful business intelligence.”

The press release goes on to say that “the raw data that is being generated by on-board sensors, cameras, Lidar etc. will only accelerate as ADAS and self-driving cars become a reality– a rate that will reach 1 gigabits per second by 2020, according to an Intel report.” This data could amount to 5.4 terabytes daily according to the CTO of the involved company, Movimento Group. “Imagine if this data was analyzed and used to create vehicle improvements and cost savings. We’re currently gathering less than 1 percent of the data generated,” said the CTO.

– Passengers in driverless cars will “soon be able to stream ultra-HD video straight to their virtually reality headsets: according to another report from the Mobile World Congress in Barcelona. Doing this will depend on the arrival of so-called 5G mobile technology. The year 2020 has been touted as a deadline of the arrival of 5G. If HD VR doesn’t keep the kids quiet on a long trip, nothing will.

– A story in the Financial Times has some interesting things to say about the battle between car companies and Google. The story is about Mobileye, a provider of autonomous software that is working with auto companies to provide connected cars. Basically, the idea is that the car companies will win the battle as they have the knowledge about how to actually make cars that Google lacks.

– A man in Hoquiam, Washington now has two cars at his local collision centre. He had stopped by to inquire about his vehicle that was being repaired, and later “admitted he was angry about the repair.” So angry, in fact, that he left the collision facility’s parking lot at high-speed and crashed his Mercedes into a mini van. We have to wonder how he’s going to feel about that repair.