Friday Fun: ‘Cool Tools’ of 2016, Takata’s bill may be more than $1 billion and engine downsizing might be coming to an end 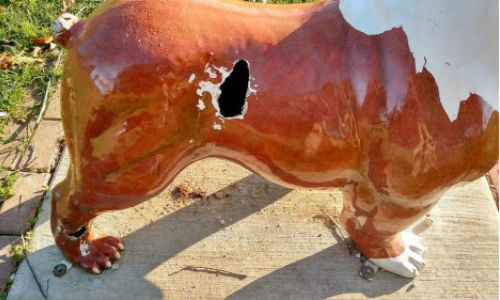 – Is the aluminum bodied F-150 winning the battle of the pick-ups? A story on Yahoo! notes that, “Chevy has taken discounts to an extreme level. It has incentives as high as $10,000 for several of its trucks and SUVs. Incentives are usually considered a bane of the industry due to the damage the deals do to margins. A number of analysts and the press have pointed out that GM overbuilt cars and trucks in anticipations of extremely strong sales in late 2016 and early 2017. The decision turned out to be a poor one. The manufacturer … is trying to reduce inventory from an almost 90 days supply to about 70 days by the end of next month,” according to a report. The report goes on to say, “This is another sign that something is amiss at America’s largest car company. Two of the discounts above $10,000 are on GM’s best selling vehicle–the Chevy Silverado. Every year it is locked in a market share battle with the best selling vehicle in the U.S.–the Ford F-150 pickup.”

– The Kane County Chronicle reports on the story of a good-hearted collision repair shop owner in Illinois involves a “bulldog statue guarding the Bark Park at Batavia’s West Main Community Park,” which had been damaged by vandals. According to the story, Eric Lacher, the local director of parks and properties, carried the injured pup inside Classic Carriage collision repair in Batavia to ask owner John Dixon for a cost estimate on repairing the fiberglass sculpture. “He got upset somebody would do it, Lacher said. “ [He said,] ‘I’ll fix it. I love my dogs. There’s not going to be a charge. [It’s] my way to right a wrong.’ I was blown away and just left the dog with him. He did real bodywork [and] fixed … our bulldog. He did phenomenal work. A random act of kindness is pretty awesome.”

– A report by CTV notes that snow and ice in Vancouver has been melting during the day and then freezing at night. The back-and-forth temperatures have created a situation where a thin layer of ice covers sidewalks and roads. Accidents and slip-and-falls have risen, resulting in an increase of claims at provincial insurer ICBC. Sam Corea of ICBC communications was quoted as saying, “The majority of the month’s heavy snowfalls have been on Mondays, and the first three Mondays of the month saw about 5,000 calls a day … Typically ICBC’s Dial-a-Claim service gets about 2,800 calls per day.” A recent Tuesday saw a total of 3,375 calls to the hotline, and another 3,119 were made as of 3 p.m. Wednesday. Corea went on to say he was “worried the number of crashes will likely grow by the end of the year, with an average of about 500 crashes reported on New Year’s Eve each year in the province.”

– In Toronto, CBC reported that twenty-three people were taken to hospital with minor injuries after, “… a series of crashes on icy roads.” The story went on to say there were more than, “… 70 collisions in the GTA in 2½ hours Tuesday.” Between 8 p.m. and 9 p.m. Tuesday, about eight people were taken to hospital after four separate crashes along Highway 427 … One of the crashes involved nine cars and two trucks on Highway 427.” Another one involved, “… 30 to 40 vehicles that slid into each other on the Highway 410, where 15 people were sent to hospital with minor injuries.”

– Japan’s Takata Corp., “… maker of defective air bags that have been linked to 11 US deaths,” could settle criminal charges with the US Department of Justice before Obama leaves office next month, according to Reuters. Part of a settlement would include, “… Takata pleading guilty to criminal misconduct … The Justice Department has investigated whether Takata hid information from safety regulators and issued misleading statements about the dangers posed by the air bags … Any deal would likely include a monitor to ensure Takata’s compliance with the agreement …” The report notes that Takata could be forced to pay as much as $1 billion and that, “…the U.S. Department of Transportation said it would press the auto industry to accelerate the pace of replacements for defective Takata air bag inflators and signaled a likely widening of the industry’s largest recall.”

– Each year during the SEMA Show, Collision Hub and I-CAR search the show floor for the latest tools to make jobs easier. Check out the 2016 “Cool Tools” at this link.

– An interesting twist to the emissions scandal that broke this year: The “engine downsizing” trend is coming to an end according to a report on AutoEvolution. “The introduction of real-world emissions testing is expected to reveal the limitations of these strained small-displacement turbocharged engines, meaning manufacturers are going to have to return to using more meaty units under the hoods of their cars. But with the restrictions on emissions getting stricter and stricter, every little bit of effort that leads to less fuel being injected into the cylinder will help, and a lower vehicle mass would do that. Most brands have already started working with lightweight materials, but the really good stuff is still only used for high-end sports cars. Aluminum, for example, has become the norm in the chassis of the majority of modern cars. Even luxury SUVs such as the new Range Rover use it, so any fears over this metal ruggedness are out of place,” according to the story.