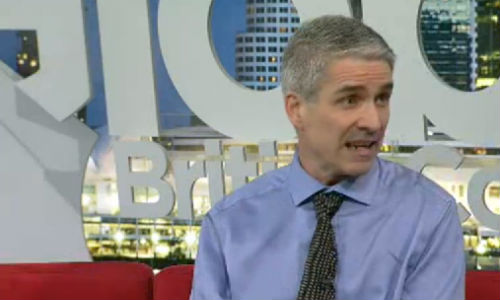 Victoria, British Columbia — February 22, 2017 — A trio of staged crashes, false injury claims and an engaged couple who faked a pedestrian crash were among the fraudulent insurance claims uncovered by the Insurance Corporation of British Columbia (ICBC) in 2016.

ICBC announced in December 2016 that it had a new tool to help identify and target fraudulent claims early in the process. Fraud analytics technology uses data, algorithms and statistical methods to help spot cases where the facts don’t seem to add up to an honest claim.

“This technology is helping ICBC investigators connect the dots earlier, faster and at a level previously not available, in cases where they think a claim may be false or exaggerated,” said Todd Stone, Minister of Transportation and Infrastructure when the tool was launched.

A statement from ICBC says it expects fraud detection and enforcement activities to reduce ICBC’s basic insurance claims costs by $21 million for policies written over 2017. Potentially, all of ICBC’s fraud fighting activities could save up to $44 million a year by 2019.

The first run of data through the analytics tool reviewed all claims information for the last three years and generated 3,300 possible fraud alerts on open claims. ICBC has reviewed the first 102 alerts, and started 48 new suspected fraud investigations.

“Early results from the new tool are exceeding our expectations, but it doesn’t replace the diligent work already done by our trained investigators and front-line claims adjusters,” said Mark Blucher, ICBC’s CEO and president. “This tool can sift through volumes of information such as claims history, addresses, driver licensing and vehicle registration data quickly, and flag possible links within the data that can alert us to possible indications of fraud faster and on an ongoing basis.”

Most claims are honest, but a statement from ICBC says insurance industry studies estimate that fraudulent and exaggerated claims make up about 10 to 20 percent of all claims costs.

ICBC expects fraud detection and enforcement activities to reduce ICBC’s basic insurance claims costs by $21 million for policies written over the next year. And ICBC estimates all of these activities, including use of the analytics tool, will save up to $44 million a year by 2019.

The most common types of insurance fraud include false claims, exaggerated claims and organized fraud. An example of a false claim is when an owner fabricates a story about their vehicle being stolen when it was actually disposed of by the owner. Exaggerated claims are when a driver or passenger embellishes a claim by overstating their injuries or the damage to their vehicle. Organized fraud is a planned event, such as a staged collision.

Below are some of the more interesting cases of auto insurance fraud uncovered by ICBC in 2016:

ICBC says a woman involved in a minor rear end crash in 2013, which caused approximately $1,100 worth of damage to her vehicle, claimed more than $200,000 in pain and suffering and other damages. The BC Supreme Court judge had serious concerns about the woman’s credibility and found she “attempted to mislead the court and exaggerated the impact of the accident on her physical condition and her ability to work.”

The judge ending up awarding less than 20 percent of what she was demanding in her claim. Because the judge’s award was less than what ICBC had offered before she took the case to trial, she is also responsible to pay two times ICBC’s legal costs.

This one was serious enough to warrant jail time. Four people involved in a 2013 crash were all convicted in 2016 for making false injury claims. The fines ranged from $2,000 to $3,000 and three of the four were sentenced to one day in jail. The fourth received a sentence of three days in jail.

It turned out two of the four people weren’t even in the vehicle at the time of the accident. Cell phone records indicated that those making the claims were actually talking to each other at the time of the crash. BC Provincial Court Judge John Lenaghan gave them a relatively stiff sentence as the offence was, in his view, “a fraud perpetrated upon everyone in the province who relies upon the Insurance Corporation.”

A 21-year-old man reported his mother’s 2010 BMW 750 had been vandalized while it was in his possession and parked at his relatives’ house in New Westminster when visiting them on the evening of October 31, 2016.

The man claimed he found the vehicle with smashed windows, dented exterior body panels, broken head and tail lights, slashed leather seats and a smashed dashboard and navigation system. The $35,000 car was a write-off.

However, no one inside the house had heard any noise outside where the vehicle was parked during the two-hour period that the vandalism was said to have happened. And none of the four other expensive cars in the driveway had been damaged. And ICBC didn’t have any other reports of vandalism in the area.

The vehicle owner claimed that the BMW was in excellent working condition, but an inspection at ICBC’s Centralized Estimating Facility showed an engine-warning light on the dash. The mechanical inspection later revealed the car suffered from disintegrating drive clutches in the transmission, excessive oil consumption, excessive engine and transmission oil leaks and two engine fault codes that had set off the engine warning light. Follow-up discussions with the owner resulted in information that didn’t match the mechanical inspection of the car.

Due to false statements about the condition of the car, ICBC denied the claim.

A man said a car struck him while he was out for a leisurely walk in East Vancouver. He claimed a variety of injuries but didn’t have any witnesses and emergency vehicles didn’t attend the scene. He was reportedly anxious to settle his injury claim and became angry when the adjuster said ICBC needed to talk to the insured motorist. Suddenly, a woman called to report a claim and admitted to striking the pedestrian. She didn’t have the name and said she didn’t know who he was.

The man tried again to settle his claim quickly. A further review showed the man had filed three previous pedestrian knockdown claims. Again, he said he didn’t know the driver. But when the Special Investigation Unit took on the case, investigators discovered Facebook posts that revealed the two were in fact engaged to be married. The man has abandoned his claim.

Three crashes in Surrey close to a local autobody repair shop raised the suspicions of ICBC investigators. In a complex web of relationships and links involving six people, it turns out one of the claimants responsible for the first crash and claiming to be injured in the third crash works at the repair shop with another man who was claiming to be injured in both the second and third crashes.