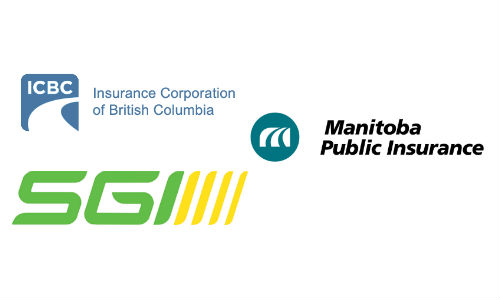 Most recently, Manitoba Public Insurance (MPI) announced numbers for the first nine months of 2015. The government run organization announced a net income of $10.9 million. That profit comes after total revenues enjoyed a substantial increase of $51.1 million over the same period last year. A statement from MPI indicated that the positive financial picture can be attributed to a number of factors including growth in the volume and value of motor vehicles insured, and because of ongoing efforts to reduce corporate operating costs.

“We are pleased to remain in a good financial position heading into the final quarter of the fiscal year,” said Heather Reichert, Vice President, Finance and Chief Financial Officer, MPI. “However, it’s important to keep in mind that the winter months can be unpredictable in terms of the frequency and severity of claims.”

It’s good to temper expectations that profits could be even higher. In a nod to worry among residents that MPI, in announcing a profit, could be charging customers too much, Reichert said that MPI is “determined to keep rates low and stable for all Manitobans” and will continue to focus on controlling its operating costs, while working with the Public Utilities Board to “ensure automobile insurance rates in Manitoba continue to remain stable and predictable into the future.”

The Public Utilities Board is the body that approves rates proposed by MPI. Earlier this year it approved MPI’s request for no overall rate increase for 2016-17. To the credit of MPI executives, this is the 12th time in the past 15 years that Manitoba’s public auto insurer has not requested a rate increase. Over that time, cumulative rates have actually decreased for Manitobans by almost 10 percent.

Over in British Columbia residents are, presumably, still fuming about an increase in rates this year. The Insurance Corporation of British Columbia (ICBC) recently announced that the hike in the most basic rate would just be 5.5 per cent. This is down from the 6.7 per cent hike that was originally announced. Buried in the fine print: The actual hike for comprehensive coverage (which applies to 80 per cent of drivers) is a bit over 7.3 per cent. Presumably this will be enough to get the organization back into the black. The most recently available numbers from ICBC are for the nine months ending September 30, 2015. That report shows that the organization collected premium of $3.51 billion. Total claims and expenses were $3.77 billion. The bottom line for the nine months was a loss of $41 million. There are no doubt many in the province who would rather see ICBC cut red tape and costs rather than have to suffer increases, but rate increases it is.

Looking to Saskatchewan and the province’s insurer, Saskatchewan General Insurance (SGI), we find that the company’s net premiums written total $722,835,000 or an increase of nearly $42,475,000 over the previous year. According to a statement from SGI, the increase stems from a combination of exposure growth and newer vehicles being registered, as well as the impact of a 4.4 percent rate increase implemented in September 2014. The number of vehicle insured years has increased by 1.4 during the year to 931,183 from 918,282.