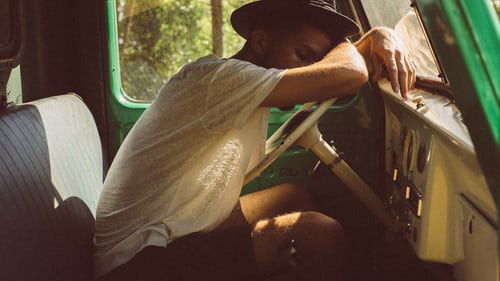 Toronto, Ontario — Uber is predicted to have an all-electric fleet by 2030 and a zero-emissions fleet by 2040, a 20-year-old British Columbian man was found sleeping and speeding at the wheel of his Tesla, and lastly, Circle K is bringing EV charging stations to North America in this week’s EV/AV Report.

Due to the lack of cars on the road during the pandemic, many people saw a downward trend in pollution.

Of course, along with the pandemic came a loss of income for many businesses including Uber.

A global pandemic is no place for a ride-sharing firm, however, as time went on a trend of caring for the environment and being eco-conscious emerged.

This trend caused many businesses to consider going green. Uber CEO Dara Khosrowshahi wrote a blog post on Sept. 8 stating that Uber will also be joining the current trend.

“The pandemic has caused many cities to rethink their infrastructure, transforming parking into parks and creating more space for walkers and cyclists,” said Khosrowshahi. “We’ve had a glimpse of what life could be like with less traffic and cleaner air, in cities built for people, not cars.”

Uber wants all rides to be emissions-free in the U.S., Canada and Europe by 2030.

Can Uber pull this off in such a short timeframe? We’ll have to see.

When autopilot for Tesla was first introduced people were excited about what it could mean for the future of cars.

However, some people thought the future was now and on July 17 the RCMP received a call regarding a 2019 Tesla Model S speeding south on Highway 2, with the driver’s seat reclined all the way back.

Police reported that both front seats were reclined and both the driver and passenger seemed to be sound asleep.

Tesla Model S sedans have autopilot functions such as, auto steer and “traffic-aware” cruise control and according to the police, the car had these functions activated.

RCMP Sgt. Darrin Turnbull said the car was doing more than 140km/h when the speed limit on that stretch of highway is 110 km/h.

“Nobody was looking out the windshield to see where the car was going,” said Turnbull. “I’ve been policing for over 23 years and the majority of my time I was in traffic law enforcement and I’m speechless.”

Turnbull said that the RCMP believed the Tesla was operating on autopilot, but autopilot in most Tesla’s are there to just assist with driving and not take full control.

“You still need to be driving the vehicle,” he said. The RCMP charged the driver with speeding and issued a 24-hour license suspension.

Since Tesla has had several accidents in the U.S., the autopilot system is getting much scrutiny.

The owner of Circle K Alimentation Couche-Tard Inc. is taking his EV charging strategy from Europe to North America.

“We’ll have chargers deploying in the next 12 months in Canada and the U.S.,” said Hannasch.

For years now, Circle K has been experimenting with these charging stations in Scandinavian nations, where subsidies are given out to those who switched from AV to EV.

The growth of EV vehicles is detrimental to the gasoline demand and so companies need to come up with new strategies to stay relevant, just like Circle K Alimentation Couche-Tard.