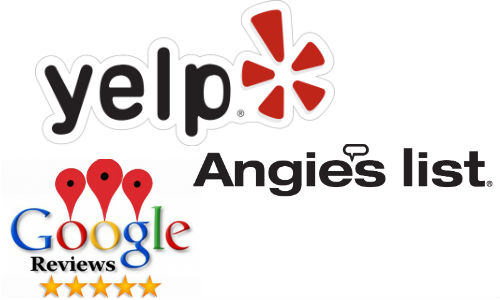 According to Frank Terlep, founder of eMarketing Sherpas, this is a critical area when it comes to digital marketing, and it’s one most businesses are ignoring.

“It’s really very simple. When you do a search on Google for certain key words, like ‘auto body repair’ or ‘collision repair,’ some of the very first hits you’ll see are review sites like Yelp.”

Typically, consumers don’t leave reviews unless they’ve had a bad experience. That’s unfortunate, according to Terlep, as consumers often base their decision on reviews.

“Some of the statistics are off the charts,” he says. “Over 90 percent of consumers read reviews, and 88 percent say they base their opinions off of them.”

In Terlep’s view, having even one solid review on a site like Yelp can help bring in business. However, the problem is getting customers to leave those reviews. Most of your customers have likely had a positive experience, but most will not leave a review without strong encouragement. Terlep says that’s where eMarketing Sherpas’ upcoming webinar can lend a hand.

“It’s a two-phase webinar. In the first phase we go into the hows and whys of the importance of consumer reviews,” he says. “In the second phase, we get into how collision centres can capture those reviews.”

The webinar will focus on The Review Engine, a new software-as-service run by eMarketing Sherpas.

“With The Review Engine, it’s a two-step process,” says Terlep. “We give the shop a professional handout they can give to their customers. It lists all of the review sites and encourages them to leave a review. Then we automatically follow up with them electronically.”

It sounds good, but does it work?

“We’ve tested this and we know that it does,” says Terlep. “Simply put, most shops aren’t asking their customers for those reviews. If you’re using our system, we guarantee you’ll get more reviews or you’ll get your money back. It’s that simple.”