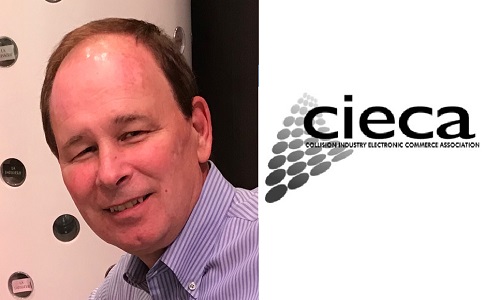 Toronto, Ontario — August 1, 2019 — After the sad announcement that came earlier this year that Fred Iantaro was leaving the company after 17 years, CIECA has just named their newest interim executive director to take Iantoro’s place — Ed Weidmann.

“When CIECA’s Nominating Committee identified a need for an interim executive director, Ed Weidmann’s name surfaced as a logical candidate,” stated Steve Betley, CIECA’S chairman of the board. “[This is] due to his vast knowledge of the collision repair industry and his recent collaboration with CIECA while working at State Farm.”

Weidmann is certainly not new to the industry. For more than 42 years, Weidmann has held various positions at insurance companies such as State Farm and has also been active on many industry boards and advisory councils.

“His experience in project creation, contract negotiation, and vehicle repair workflows will fit nicely into CIECA’s innovative plans for the future,” added Bradley.

In addition to Weidmann’s work in the industry, Weidmann has also been part of CIECA’s organization, representing State Farm as well as holding positions such as treasurer, vice-chair, and chairman of the board in 2008 and 2014. Weidmann has also served on CIECA’s Board of Trustees.

In his new position, Weidmann strides to help CIECA expand their product offerings and according to CIECA, “streamline CIECA’s internal workflows to more efficiently serve its members.”

“I always tell people that CIECA standards streamline the transmission of data among companies, eliminating duplicate programming and minimizing the need for translators when a company works with multiple companies providing similar services,” Weidmann stated. “This increases competition and allows companies to use the best product for their needs with minimal programming.”

Iantorno officially left his position as of July 31.

For more information on CIECA, visit cieca.com, or contact Weidmann directly through his email at ed@cieca.com