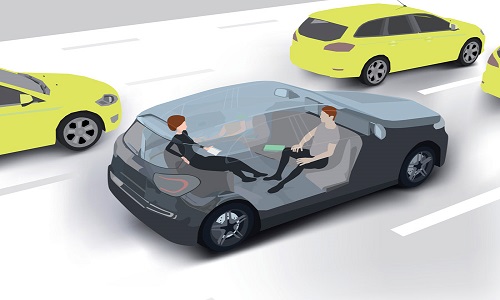 By CRM Staff
Toronto, Ontario – September 17th 2018 – Drivers aren’t ready to hand over their keys, at least not yet.
According to a survey on autonomous cars conducted by specialty insurance provider Hagerty Insurance, 81 percent of millennial drivers, those born between the early 1980s and late 1990s, responded by saying they either liked or loved driving.
The generation was followed closely behind by Baby Boombers at 79 percent and Gen Xers at 78 percent.  The survey polled 1,000 U.S. drivers.
“Full autonomy is going to save lives, make commuting easier and unclog cities,” said McKeel Hagerty, CEO of Hagerty.
“But these survey results also indicate that people, including millennials are always going to want to drive themselves when they want to. It’s clear people don’t want to lose the joy, freedom and control that comes with having their hands on the wheel.”
Research company Frost and Sullivan believes that the younger of the three generations, Gen X, will be the first to stray from the preference found in Hagerty Insurance’s data. Frost and Sullivan believes that the generation is digitally naive and will desire the most advanced and innovative vehicles the market has to offer.
“The automotive industry is starting to explore what Gen Z wants in a car,” said Lynne Goulding, principal consultant in Frost & Sullivan’s Visionary Innovation Group. “Designing specifically for digital natives means dispensing with standard assumptions behind automotive design.”
With Gen X accounting for a quarter of the world’s population, the market will presumably be dictating to those born between the mid 1990’s and early 2000’s. In the U.K. the number of licensed drivers between 17 and 20 has dropped by 40 percent since the 1990’s according to the research company.
High vehicle costs and growing transportation alternatives are just two reasons as to why Gen X could be in favour of autonomous travel.
“Many cities across the world are encouraging shared and public transport over private vehicle ownership, paving the way for a seamless and multi-modal mobility system,” Goulding said.
“In the future, it is likely that Gen Z will be mode-agnostic, choosing whichever mode gets them from one place to another most efficiently, based on preferences such as time, cost, and environmental impact.”
Share on facebook
Facebook
Share on google
Google+
Share on twitter
Twitter
Share on linkedin
LinkedIn
PrevPreviousTuesday Ticker September 17
NextNew president and GM for 3M CanadaNext