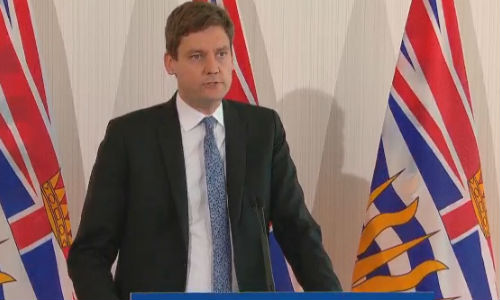 By CRM Staff
Victoria, British Columbia — September 6, 2017 — Mismanagement of the Insurance Corporation of British Columbia (ICBC) “goes back years,” according to a statement from BC’s Attorney General David Eby. The statement came in the wake of news that the BC government is limiting ICBC rate increases for drivers, while embarking on a multi-year plan to fix the public insurer’s financial crisis.
Immediate measures include an operational audit of ICBC with a goal of protecting the interests of BC drivers moving forward, rolling out 24-hour red-light cameras at high-collision intersections, and a pilot program of new technologies to eliminate distracted driving among high-risk groups.
ICBC had its largest financial loss in the organization’s history last year, losing more than half-a-billion dollars in 12 months.
“Drastic action is needed to fix ICBC’s devastating financial crisis, but B.C. drivers should not be forced to pay 20 percent basic rate hikes today because of mismanagement that goes back years,” Eby said.
Eby noted that legislation passed in 2010 allowed the provincial government to take unprecedented levels of cash out of ICBC. After that regulation was introduced, $1.2 billion was removed from ICBC and put into the government’s general revenue.
“It’s unacceptable for government to treat ICBC like an ATM machine, and it cost BC drivers more than a billion dollars,” Eby said. “Our priority is to make sure that affordability for good drivers always comes first.”
Eby said there will be a 6.4 percent basic-rate increase this year, which is lower than the 20 percent rate hike that was recommended by the report commissioned by the previous government and released in July 2017.
The government of BC has announced it will move forward on other fronts to both improve ICBC’s operations and reduce accident rates.
This will include an operational audit and moving forward with a pilot project to evaluate distracted driving reduction technology. In addition, a dangerous roads initiative will be introduced with the goal of identifying and retrofitting infrastructure, regulations and signage at dangerous roads and intersections.