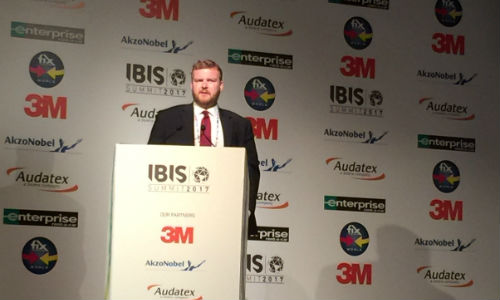 Themed “The Currency of Trust,” the two-day conference and networking event takes place at the Melia Castilla in Madrid, Spain. IBIS 2017 launched Monday with keynote speaker Alex Hunter, the expert behind the social media strategy of Virgin Group. Hunter highlighted the drastic changes in the business landscape over the last five years. He warned attendees not to get so swept up by exciting new technologies that they forget their customers are human beings.

“We can all do more competitively,” he said, according to a report on IBIS Worldwide. “The landscape has changed in the last five years; there is so much more noise, so many more competitors, so the challenge has got so much harder. Social media has given everybody a very loud voice, so we have to work harder to rise above it and connect with the right person and, more importantly, hear them when they try to connect with us.”

Hunter said that traditional marketing is increasingly losing its effectiveness with modern consumers. Technology allows customers to evaluate brands much more effectively than in the past, and social media puts them in a position to communicate directly with companies. The upside to this is that customers who are pleased with services will go online and promote the services on their own. The new paradigm is word-of-mouth advertising, but via the megaphone of social media.

Thomas Lake, Senior Analyst, Political Risk for BMI Research also took the stage on the first day of IBIS, describing 2017 as “an eventful year so far for major economies,” according to a report on IBIS Worldwide.

Lake’s session, “World of Worries: The Global Political Landscape,” discussed recent political events in Europe and increasing polarization in terms of politics. Looking to North America, Thomas said the biggest area of concern is the Trump presidency. He outlined what he sees as the four most likely scenarios: Trump stays in power, Trump resigns, Trump is impeached or Trump is removed from power.

Laurence Vivet-Ract is the CEO of Southern Europe for Innovation Group, a company offering operational support to insurers, brokers, fleet managers and OEMs. Vivet-Ract’s session focused on private equity and the collision repair industry. Private equity and new players are bringing disruption to the industry, according to Vivet-Ract, but she also noted that this brings new opportunities, especially for those who embrace change and new technology.

“Technology offers the challenges and the solutions in the sector,’ Vivet-Ract told delegates according to a report on IBIS Worldwide, highlighting how partnerships, investment and supply chain sustainability were key aspects to examine when determining these solutions. “We are in an ecosystem that needs to move together,’ she said.

A panel discussion looked into the ongoing process of consolidation within the collision repair industry, with panellists Steve Grimshaw, CEO of Caliber Collision Centers; Steve Leal, President and CEO of Fix Auto World, and Ayhan Dayoglu, CEO of Auto King. The panel was moderated by IBIS Director Jason Moseley.

All three companies are consolidation success stories. Fix Auto World has grown to 467 sites worldwide. Auto King, supported by private equity, has grown from a relatively small base in Turkey to a workforce of more than 1,500 people. Caliber had 68 locations in 2009 and now has 503 shops.

A particular challenge at these levels of growth is maintaining the company culture. Grimshaw noted that Caliber invests more than $10 million every year in training. Leal noted that Fix Auto follows a similar strategy, with training for all new Fix Auto franchisees and staff. Dayoglu said that alongside technical training, Auto King has set up an academy to ensure quality and culture is met.

“There are more than 20,000 bodyshops in Turkey,’ he said, according to a report on IBIS Worldwide. “All our sites want to stand out from their competitors and if you don’t train your people correctly there will be no difference between them and the other workshops in the country.”

When it comes to independents, Grimshaw noted that they weren’t going away, but did note that it’s essential for them to be properly trained and tooled. Caliber, on average, spends more than $100,000 on equipment for each newly acquired location.

“Consolidation is inevitable. We’ll get to a point where five companies will do 80 percent of the work,” said Leal, according to a report on IBIS Worldwide. “Every country will be at different stages and you’ll always have niche players, players focused on specific brands or areas, but as a general bodyshop, it’s not going to be a very profitable business.”

Sean Carey, President of SCG Management Consultants, delivered the final presentation on day one of IBIS 2017. His session, “The Connected Car Landscape,” focused on the coming impacts of the entire connected car landscape. Watch for an exclusive article on this topic by Carey in the June issue of Collision Repair magazine.

Carey noted that fully autonomous vehicles will come, but it’s the journey to get there that is most important. He predicted that collision rates will fall by over 80 percent by 2040, but believes that a smaller decrease of about 29 percent will hit by 2020, just a few years away. He also highlighted expected increases in the cost of repairs.

“The hours per job required will change dramatically along with the skills needed to do so,” he said, according to a report on IBIS Worldwide.