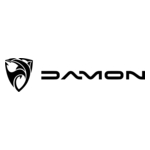 Company to give Europe first look at electrifying streetfighter motorcycle

VANCOUVER, British Columbia & MILAN–(BUSINESS WIRE)–Damon Motors today announced the company will exhibit at EICMA 2022, the world’s largest motorcycle expo, in Milan Italy, November 8-13, 2022. As part of the event, Damon will showcase, for the first time in Europe, its critically acclaimed HyperFighter Colossus, a raw, muscular-silhouetted, electrifying naked sport bike. Damon will appear in the Öhlins booth located at Stand I71 in EICMA Hall 24. Öhlins is a Damon partner that supplies the suspension systems for the HyperSport Premier and HyperFighter Colossus motorcycles.

Damon’s HyperFighter Colossus is the ultimate stripped-down, urban assault, electric sportbike. With 200 horsepower, a top speed of 170 mph, and the ability to go from 0-60 in less than three seconds, HyperFighter Colossus pays homage to the streetfighters of yesterday while looking to the future with never-before-seen technology advancements including the CoPilot™ advanced warning system; Shift™, which transforms the riding position between sport and commuter modes while in motion; and HyperDrive™, the world’s first monocoque constructed, 100 percent electric, multi-variant powertrain platform.

“We’re thrilled to be featuring the HyperFighter Colossus at our booth this year,“ said Robert Brinkmark, director, sales, marketing and product management at Öhlins Racing. “This bike not only reflects our shared passion for racing, but also represents the exciting future of electrification.”

As part of the showcase, HyperFighter Colossus designer Noemi Napolitano will be in the booth along with Riccardo Marchesin, VP of business development, and Dino Mariutti, head of EU.

“Europe is a key market for Damon’s expansion and appearing at EICMA will be a great opportunity for prospective riders to see our innovation up close and personal,” said Dino Mariutti. “We will also be available to answer any questions attendees may have about Damon’s motorcycles and share our vision for a smarter and safer motorcycling future.”

Damon Motors is a global technology leader disrupting urban mobility. With offices in San Rafael, California and headquarters and manufacturing in Vancouver, Canada, Damon is on a mission to cause a paradigm shift for safer, smarter motorcycling. The company is delivering on its promise with award-winning innovation and unprecedented technologies. Anchored by its proprietary electric powertrain, HyperDrive™, Damon has captivated the motorcycling world by delivering earth-scorching speed, ferocious design, and epic new features, including CoPilot™ and Shift™, that are attracting an entirely new generation of riders. With rapid market adoption from eager buyers in the US and abroad, Damon is setting a new standard for motorcycle safety and sustainability worldwide.

For more information on how Damon technology is defining the new industry standard, please visit damon.com.

PrevPreviousRyder Named One of the Top Companies for Women to Work For in Transportation in 2022
NextFree Market: Repairify launches app connecting repairers to fleets and dealershipsNext