CAN YOU BELIEVE THIS?

In a prank gone wrong, a Nanaimo, British Columbia man was knocked unconscious when he was hit by an egg thrown by a passing vehicle, according to an RCMP news release. He was taken to Nanaimo Regional General Hospital and is currently dealing with “difficulty in his thought process” and memory challenges, said the RCMP. “We believe the person who threw the egg probably didn’t intend to cause injury and may have no idea what actually happened,” said reserve Const. Gary O’Brien, Nanaimo RCMP spokesman, in the release. “With that in mind, this individual and those in the vehicle, need to step up, take responsibility for their actions and call the police.” 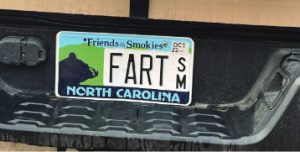 When you’re young, you dream about what cause you might end up dedicating your life to—fighting fires, rescuing animals, traveling to outer space—or the fight to keep a vanity license plate that says “FART.” Karly Sindy of Asheville, North Carolina is proudly carrying the torch for toilet humour after the DMV told her that they had received complaints about her “offensive” license plate, but that a letter explaining “what the plate means to [her]” could potentially convince the state to allow the gas to pass, as it were. After consulting Reddit for the best course of action, Sindy devised the Friends of Asheville Recreational Trails (FART) club—a completely real and legitimate club in the city of Asheville that held a small meet-up to prove that they absolutely are real and have existed for longer than an hour. 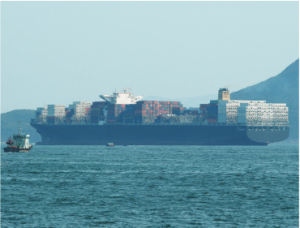 In the final days of February, thousands of luxury cars sank to their watery graves following the sinking of a container ship 100 kilometres off the coast of the Azores in Portugal. While most simply scrolled by the news, one courageous enterprising diver reached out to Matt Farah, host of “The Smoking Tire” on YouTube, with plans for a rescue mission—along with his fees, naturally. In an email sent to and screenshotted by the online auto influencer, the alleged diver—who was granted anonymity by Farah to “protect the unbelievably stupid”—laid out his plan to recover the ship’s lost cargo, mainly expensive luxury vehicles from Porsche, Volkswagen and Lamborghini, alongside 11 fellow divers. The cost for the noble work of those brave deep-sea adventurers? A cool US$20,000 per day for the five days they expect the recovery to take; US$10,000 of which they expect to be provided upfront.

A 30-metre super limo has just been restored, claiming the Guinness World Record for ‘longest car’ in the process. In its first iteration, the super limo dubbed “the American Dream” measured nearly 19 metres long and was built in two sections with a hinge connecting the two halves. The modern, restored version clocks in at 30.54 metres, just 4 centimetres longer than the original vehicle built in 1984. Besides expected amenities like a waterbed, a mini-golf course and diving boards, the 100-foot super limo totes a helipad rated for 5000 pounds – just enough for the lightest of light helicopters. Following its use in films and a party bus for the cinematic elite of the day, the vehicle eventually went into disrepair when the novelty wore off. It sat in a New Jersey warehouse for years until acquired by Michael Manning, owner of a technical teaching museum. Working with auto repair experts and students, Manning spent over US$25,000 dollars in shipping, materials and labour. Years of disrepair meant some parts like the roof were entirely replaced.