Electric vehicle maker Rivian announced in mid-March it has selected Frank Klein, the head of Magna’s car-making unit as its next COO. Klein has been with Magna since April 2019, according to his LinkedIn page. Since 2020 he has served as president of Magna Steyr, the company’s contract vehicle manufacturing branch, where he oversaw the shift to the electric mobility manufacturing space, including the first electric vehicle made by a contract manufacturer, Rivian wrote in its Monday release. Klein previously served in various management positions at Daimler AG for nearly three decades and was responsible for setting up the Mercedes-Benz plant in Kecskemét, Hungary. Rivian plans to build 25,000 vehicles this year, which includes two consumer models and a battery-electric delivery van for Amazon. Meanwhile, the automaker halved its production outlook for 2022 to 25,000 vehicles. 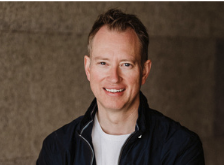 Before his time at Magna, Klein previously served in various management positions at Daimler AG for nearly three decades and was responsible for setting up the Mercedes-Benz plant in Kecskemét, Hungary.

Canadian collision network CSN Collision Centres has entered Italy, the company announced in mid-March. With the Italian foray, CSN now touts operations in three countries, including Canada and the United States. The company was founded in 2002 by four Canadian collision repair owners and merged with U.S.-based 1Collision in July 2020, forming a 240-plus strong network of collision centres across North America.

The trends that have developed in Canada and the USA have also arrived in Europe and Italy,” wrote CSN Collision Italia on its LinkedIn page. “For this reason, CSN Collision Centres has decided that this is the right time to enter the Bel Paese.” 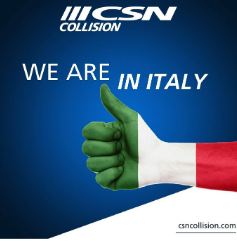 Bécancour is about to become a central hub for Canada’s electric vehicle supply chain as two major automotive players announce plans to break ground in the province. German chemical company BASF announced on March 5 that it had bought land for a vehicle battery materials facility in Bécancour, Québec, where it said it plans to produce and recycle cathode active materials (CAM) for use in the North American electric vehicle market beginning in 2025. According to a report from Reuters from May 2021, BASF has been in talks with the Canadian federal government to help the company get involved in a cleantech. BASF already produces CAM at two locations in Ohio and Michigan, in partnership with Japan’s Toda Kogyo Corp. But BASF won’t be the only automotive player producing and recycling CAM in Québec. General Motors announced a similar move mere days later, revealing on March 7 its US$400-million deal with South Korea’s POSCO Chemical that will see the companies also produce and recycle CAM. The facility will also be in Bécancour, Que., and will see GM produce CAM for its Ultium battery cells. The two companies first agreed on a CAM-processing joint venture last December. David Peterson, vice president of corporate and environmental affairs at GM Canada, said Quebec was chosen for several reasons—low greenhouse gas, low-cost electricity, the province’s environmental standards and logistics links were a few he named. By the end of 2025, GM plans to have the capacity to build one million electric vehicles in North America.