Once the most popular chromatic hue for automotive coatings in North America, the percentage of blue vehicles in the continental car parc decreased four percent in 2021.

“That would put the preference [for blue] back down to 2017 levels,” wrote BASF. 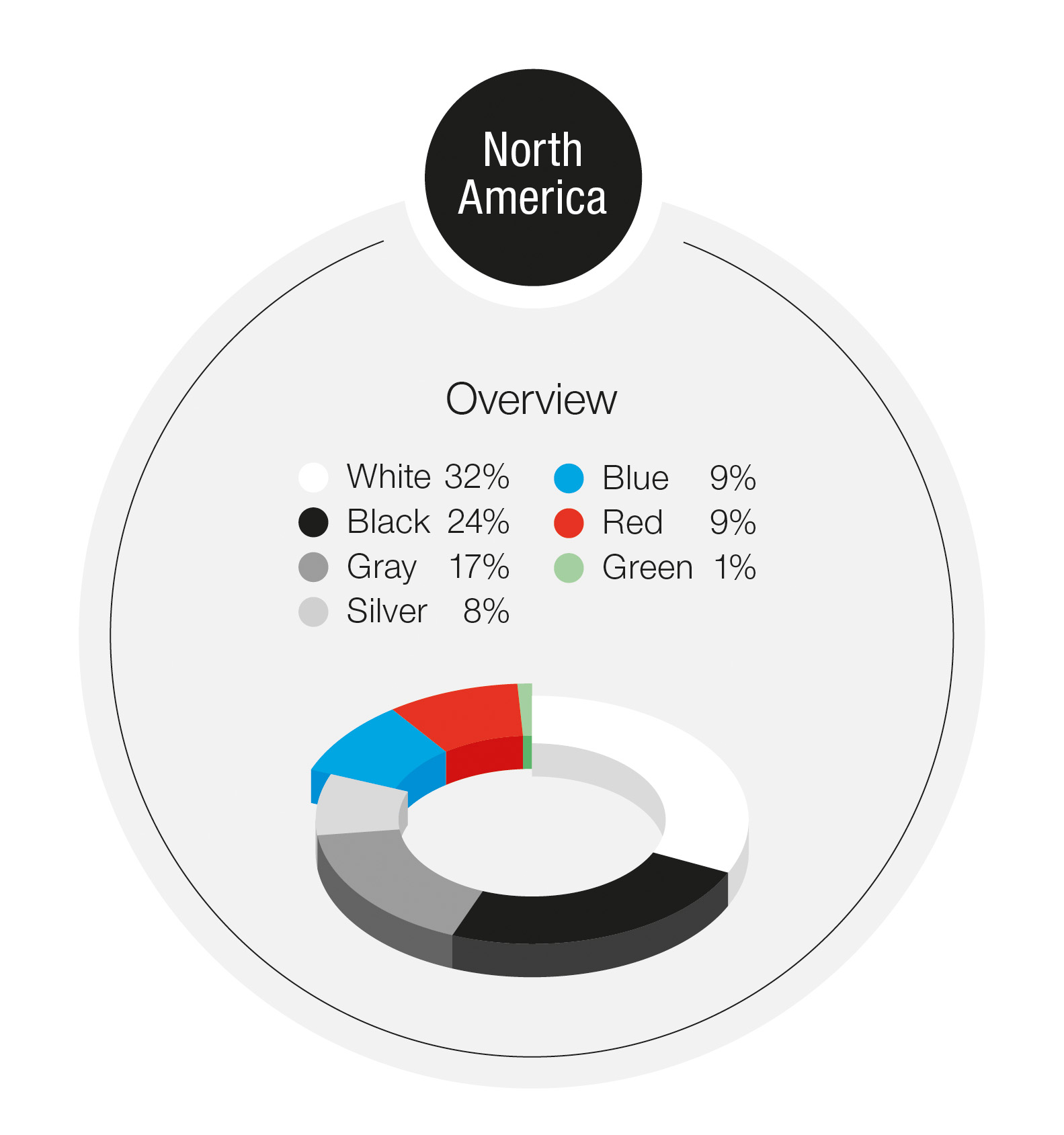 The coatings company said achromatic colours were the hottest hues of 2021, particularly white, which increased three percentage points in North America, from 29 percent in 2020 to 32 percent in 2021.

Silver and gray, on the other hand, were both down in popularity from 2020, making up six and 10 percent of the North American car parc, respectively.

BASF does suspect a reason for the boom in achromatic hues, however.

“Raw material shortages in 2021 forced automakers to make difficult choices while allocating scarce resources. That seemed to favour the larger, more popular platforms in the midst of the downturn,” wrote the company.

If you’re looking to stand out, either globally or within North America, it looks like a green-hued vehicle is your best bet, taking up just one percent of the North American parc and two percent globally. A word to the wise, though: be careful what kind of shenanigans come with owning what is essentially a green screen on wheels.