The Ontario Provincial Police (OPP) charged three of their own veteran officers and suspended four others over allegations of corruption related to the province’s tow truck industry. The OPP have also charged Sutheshkumar Sithambarpillay, owner of Steve’s Towing.

All three officers are charged with secret commissions and breach of trust, while Bridle faces an additional charge of obtaining sexual services for consideration.

The force alleges the accused officers provided preferential treatment to towing companies within the Greater Toronto Area. The charges and suspensions stemmed from an investigation first launched in October 2019. OPP also announced they charged 52-yearold Sithambarpillay with aiding and abetting breach of trust and secret commissions contrary to the Criminal Code of Canada. Sithambarpillay, who goes by the name Steve Pillai, is the owner of Steve’s Towing, which is located near Highway 400 north of Sheppard Avenue in North York. He had previously appeared on Discovery Canada’s Heavy Rescue 401.

The officers facing charges all have at least 20 years of service with the OPP and served with either its Highway Safety Division or the Toronto detachment; Const. Simon Bridle and Const. Mohammed Ali Hussain were both arrested in early January, while a warrant is out for the arrest of Const. Bindo Showan. All three are charged with secret commissions and breach of trust, while Bridle faces an additional charge of obtaining sexual services for consideration.

OPP says the four other officers remain under investigation but are not currently facing any criminal charges. In the days following the charges, further events unfolded in Toronto’s As the GTA continues fighting a two-year tow truck turf war, Police investigate two separate shootings involving two tow trucks near highway 401 in North York on January 20. Police said that several callers reported hearing multiple gunshots in the area of Jane Street and Grandravine Drive just before 8 p.m.

A black car drove past a tow truck parked on the grass off the on-ramp from Avenue Road to the 401 and opened fire, according to police statements. Upon arrival, officers confirmed two vehicles and a residence has sustained damage from gunfire. At the second shooting of the night, a tow truck driver was parked at a gas station parking lot next to the 401, when a dark coloured car pulled up and a gunman opened fire, police say.

The vehicle drove away from the scene; but no injuries have been reported, and Police are now looking for suspects and believe there are multiple shooters involved. 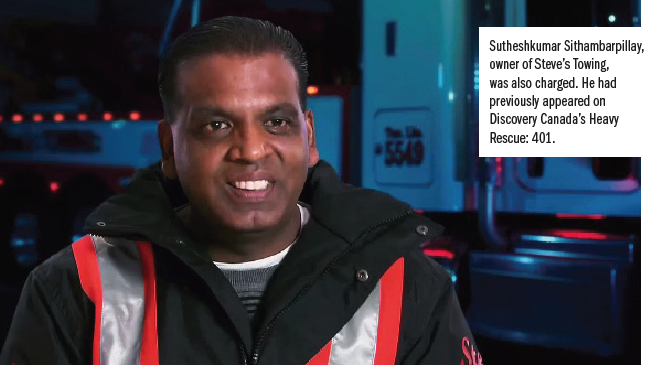