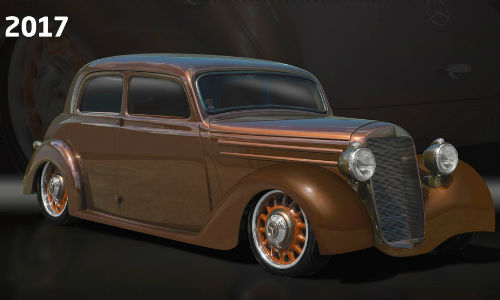 Glen Mills, Pennsylvania — October 19, 2016 — The competition from across North America was fierce, but Axalta Coating Systems has narrowed down the entries in its 2016 Custom Finishes Calendar Competition to the final dozen who will appear in the 2017 calendar. Custom car owners and builders from across the United States and Canada vied to have their vehicles featured in the custom calendar that Axalta has produced annually since 1993.

A statement from Axalta says entries were judged on “best use of colour,” including finish quality, technical difficulty, design originality and artistic merit.