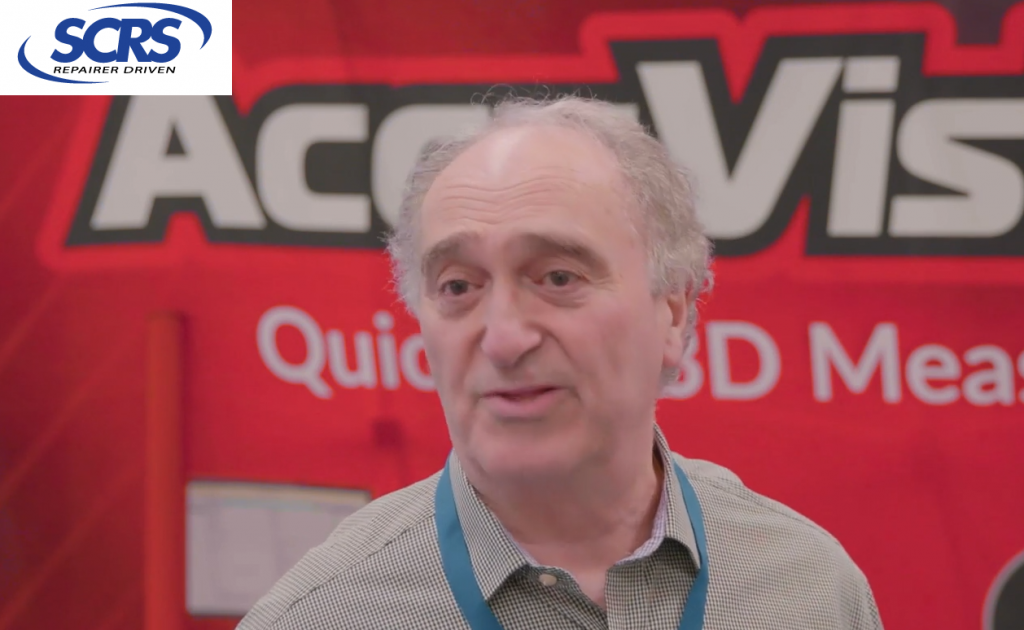 According to Aaron Schulenburg, the organization’s executive director, choosing products for inclusion on the list is a significant undertaking.

“It really is a highlight of tools and equipment that caught the eyes of our education committee members during the SEMA Show, and that we wished to share with our audience.”

Members were sent a five-minute video about the Accuvision-3D, in which the SCRS recommended the tool as a dual-purpose system for estimating and blueprinting, both pre-repair and post-repair.

During the video, Gurarslan shares his perspective on why the measuring tool has been able to capture the interests of so many collision technicians.

“My whole objective was to make life easy for guys at the bodyshop-level. We’ve built something that is simple and stupid,” jokes Gurarslan. “The software is the complicated part.”

“The car doesn’t need to be flat to be measured. It could be on its side,” says Gurarslan. “For all I care, it could be on a rotisserie, and we could still measure it!”

Arslan Automotive states that the system can be used even if the floors are uneven. The company says the system works if the car is on a jig or bench, on the floor or on a lift in any position.

“The car doesn’t need to be flat to be measured. It could be on its side,” says Gurarslan in the video. “For all I care, it could be on a rotisserie, and we could still measure it!”

Keeping up with KIA: KIA’s update on COVID-19

Toronto, Ontario — KIA Canada has released tips for the automotive industry amid the COVID-19 crisis. “Following guidance from local

Toronto, Ontario — Axalta Coating Systems has provided an update regarding the impact of the coronavirus (COVID-19) pandemic on its

Toronto, Ontario — Color Compass has issued a statement to its customers amid the COVID-19 crisis. “The very rapid spread