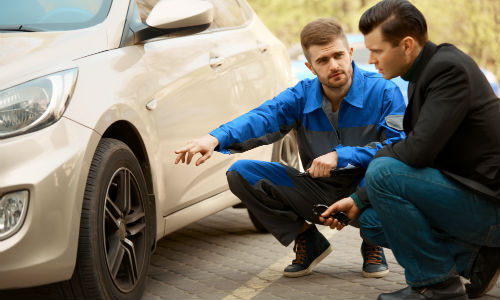 While dealers slightly lag behind non-dealers in overall satisfaction (761 vs. 767, respectively), dealers do provide a better facility experience (746 for dealers vs. 681 for non-dealers) and are continuously closing the gap in the other categories, improving their scores by an average of 30 points over 2016.

J.D. Ney is the Senior Manager of the Canadian automotive practice at J.D. Power. In a recent interview with Collision Repair magazine, Ney says the focus on after-sales service at dealerships may be due to the results of the 2008 recession.

“A lot of car dealers realized the game had changed quite a bit and they couldn’t fund their entire operation on selling cars,” he said. “”The back end is much more important than it has been in the past. I think the aftermarket has traditionally been very good at realizing they’re in the retail game, but these days the experience is not just being compared to the last service experience, but all the other retail experiences the customer has.”

According to the study, delivering exceptional customer service (901 points and higher) increases customer likelihood of returned paid visits (85 percent for dealers and 93 percent for non-dealers. This is compared to only 58 percent of dealer customers and 69 percent of non-dealer customers who say their service experience was outstanding (751-900 points) and are planning to return to the facility for service work.

“I think there’s a belief that if we just concentrate on fixing cars properly, then all will be well. But The table stakes expectation is that you can fix the car. What we’re seeing today is that customers are looking for all the other ‘soft’ skills as part of that experience,” said Ney.

The study also found that the telephone is still the most popular method for customers to schedule an appointment with both dealers (82 percent) and non-dealers (65 percent). However, motorists’ desire to book online today is dramatically outpaced by their ability to do so. According to the study, 13 percent of respondents said they would rather book online, but only 5 percent indicated they could do so.

The study was based on responses from 11,430 owners in Canada whose vehicle is 4-12 years old. The study was fielded from March through June 2017.