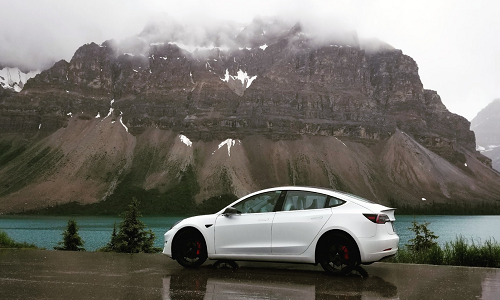 Toronto, Ontario — July 27, 2019 – From kids spending their summer perfecting the trades to an auto recycling business raising big bucks for a very special charity,  catch up on all of Collision Repair ‘s top stories about the industry this week!

While most kids in summer camps are learning to make bracelets, play the guitar, and dive off docks, one Saskatchewan summer camp is offering the same amount of fun but in a totally innovative way.

Saskatchewan Polytechnic is Saskatchewan’s primary post-secondary tech and skills training institute, but when school’s out for the summer, the kids take over to get a hands-on experience in the trades – with a heavy focus on auto bodywork.

Earlier this July, campers between the ages of 13 and 15 got to test out first-hand auto body repair as they were taught how to check oil, change tires, and even jumpstart a dead battery.

Safely supervised and led by industry experts, the campers got a taste of the trades were like while being molded into future repairers themselves.

“The students really got their hands dirty learning the basics of vehicle maintenance,” stated a representative from the camp. “It was so fun!”

On Saturday, Volvo issued a recall for more than 500,000 vehicles across the world due to a potential fire safety risk.

The news broke this weekend when Volvo released a statement warning drivers that there was a potential risk of melting in the 2014 – 2018 model’s plastic engine.

“Investigations by Volvo Cars have identified that in very rare cases, the plastic engine intake manifold may melt and deform on certain model vehicles with four-cylinder diesel engines.” stated the Sweden-based company. “We are taking full responsibility to ensure the highest quality and safety standards of our cars.”

From 9 a.m. to 2 p.m., car lovers and community members alike gathered at Thorold Auto Parts to check out rare cars and raise money for Spinal Cord Injury Ontario – a charity dedicated to advocating for and supporting Canadians who have sustained spinal cord injuries. In 1997, late found Lenny Serravalle suffered from a spinal cord injury that left him paraplegic. The car show was in his honour.

Open to the public, the show featured many classic and exotic cars, such as the Ford Mustangs, as well as an Alfa Romeo Giulia Quadrifoglio.

The event also featured many volunteers, happy to help out and collect donations towards the charity. The show raised more than $770 dollars.

Using quotes from 2018 and 2019,  Canadian-based company Insurance Hotline has revealed the best and worst drivers within Ontario. Not only that, but their stats have revealed that 3.5 percent of Ontario drivers admit to having at least one at-fault crash and one ticket on their record, but small towns like Orangeville have nearly triple.

In fact, most cities on the Top Ten list don’t have very high populations at all. Caledon, with a population of just 66, 502, ranks highest for most speeding tickets. More than 15 percent of drivers have at least one ticket on their record. The average city is only 6.9 percent.

While Orangeville reigns champ for worst driving records, Bradford, Woodstock, Orillia, and Barrie have also received honourable mentions for their poor driving. Woodstock and Orillia both have populations of less than 35,000.

While electric vehicle sales drop across Canada, one driver is trying to prove that cruisin’ around in an EV isn’t bad at all – with or without the rebates.

Arizonan driver Wade Anderson has already begun his epic 25,000-kilometre journey through North America to prove that there’s no need to fear a dead electric vehicle because as Anderson believes, there’s a lot more charging stations than you’d think.

Wanting to hit the most significant geographical parts in North America, all in his little electric Tesla Model 3,  Anderson is currently on his way through Canada so that he can reach Prudhoe Bay, Alaska

“I keep hearing that you can’t easily drive across Canada. Everybody talks about this. After Ontario, there’s nothing,” reported Anderson. “But there are third-party chargers, and at this point, you can find people at home who are willing to share their charger with you.”