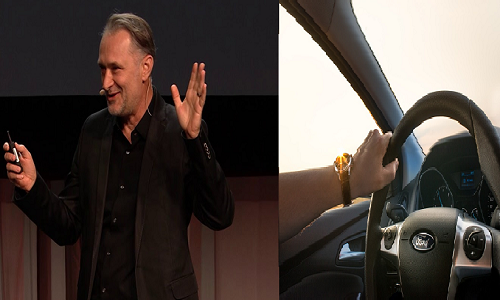 Toronto, Ontario — August 3, 2019 – From huge advancements in automotive technology to an auto tech student getting his start in the industry, here’s this week’s top headlines in the automotive industry.

Collision repair facilities are facing the future now as Amazon’s AI system Alexa has moved from inside the home and into the software of new vehicles.

From checking the vehicle’s fuel level to giving directions and providing information on upcoming weather, Amazon’s Alexa seems like the perfect personal assistant for busy drivers who need an extra hand on the road.

Beginning in 2016, when Amazon partnered with several different automakers, the initial goal was to work on skills such as remotely turning on vehicles and checking fuel levels with a device detachable from the vehicle.

Now, Amazon’s Alexa is enabled through a vehicle’s sound system and the system built directly into the software of the car.

“The real North Star for us is to be embedded with all the cars,” stated Amazon Alexa Automotive vice president Ned Curic. “That’s where we want to get. We’re working very hard to get there because we believe that is the best experience.”

Currently, Ford, BMW, Volkswagen, and Toyota have all announced plans of integrating the system into their vehicles, and although Curic wouldn’t disclose how many other automakers were interested in partnering with Amazon, Curic reported that drivers should expect “a significant number of vehicles having access to Alexa in the upcoming years.”

In the small town of Vernon, B.C. sits Kiwi Auto, a facility dedicated to repairing vehicles and giving back to the community.

Earlier this month the local business asked Vernon residents to email them describing their current vehicle situation, and goals a reliable vehicle would help them achieve. Whichever story stood out to the team would receive the car.

“We’re giving away a 2006 Mazda 3, automatic, with both summer and winter tires,” announced Kiwi Auto on Facebook. “We realize how much having a reliable vehicle can have a positive impact on someone’s life and we’re looking forward to helping someone from this community out.”

Although Kiwi Auto is a newer shop, they have a wide customer base. But more than just their loyal customers. The team received more than 90 applications.

“We received a lot,” co-owner Kevin Crawford told Collision Repair. “People were surprised we were doing [the giveaway] but also very excited. Overall it was a really positive reaction.”

While applicants patiently wait for the results, owner Kevin Crawford says they won’t make their selection public til later this week – despite his own excitement surrounding the giveaway.

“We’ve been wanting to do this for a little while now. We took over the business here almost two years ago and the response from the community has been really really good. We’re just trying to give back.”

Effective on Sept. 3, Ruess has an extensive background in the automotive industry and is excited to join a team that represents new car and truck dealers.

“I feel very grateful for the opportunity to contribute during an interesting time in the auto industry,” Reuss stated earlier this week. “There are quite a few things happening now in the automotive industry.”

Before serving as CEO for Mercedes-Benz, Ruess worked in several other positions on the Mercedes-Benz team for more than 28 years as well as serving as an instructor for the Automotive Business School of Canada. He is a Stanford graduate.

A dedicated auto tech student was given a hefty scholarship and the title of ‘Automotive Technology Outstanding Student’ at the most recent Mitchell 1 conference hosted in Calgary, Alberta.

It was there that they hosted four full days of seminars, training blocks, and sponsor sessions and in between, made time to acknowledge future industry leaders.

“Mitchell 1 is proud to recognize Jackson Dietrich for his outstanding achievement and dedication to pursuing educational excellence in the automotive technology field,” announced Nick DiVerde, senior marketing director of Mitchell 1.

And his reward was well deserved.

While in high school, it was reported that Dietrich was part of a successful auto club and Dietrich served as an executive board member. On top of that, Dietrich also worked as an automotive technician at a local service center and achieved ASE Student Certification while maintaining an impressive GPA.

One car dealership owner is combatting hail damage in an innovative way that’s protecting both his wallet and the planet.

In 2015, a dealership in Red Deer, Alberta. was hit with an unbelievable amount of hail. With more than 600 vehicles damaged with an average claim of $11,000 each, owner of  Kipp Scott GMC and Scott Subaru was fed up.

“The hard part is just the value it knocks the vehicles down, about $5,000,” owner Kip Scott told Automotive News.  “It shows up in the Carfax report and it’s a bit of a double-edged sword because when we take in a car on trade, we devalue it when it’s hail damaged, too.”

Thankfully, Scott’s cars were covered by insurance, but unfortunately, other dealerships who faced the same troubles weren’t. According to Scott, some insurers in Red Deer don’t cover hail damage, leaving dealerships having to pay up to $500,000 in annual premiums.

Not wanting to toy with his luck, Scott decided to install a massive solar-panel shield that will protect his cars and save him a massive amount of money. Scott predicts that this new installation will allow him to only pay about $200 a year for electricity, and other companies using the same trick are saving even more. The solar panels can produce up to 60 percent of their yearly electricity needs.