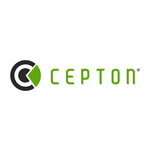 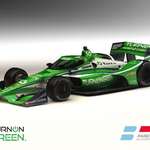 SAN JOSE, Calif.–(BUSINESS WIRE)–$AP #AmosKohn—TurnOnGreen, Inc. (“TurnOnGreen”), a green energy technology and power supply company and subsidiary of BitNile Holdings, Inc. (NYSE American: NILE), announced today that it will be the primary sponsor of the No. 16 Paretta Autosport Dallara Chevrolet for the upcoming Firestone Grand Prix of Monterey, on September 9th through September 11th. […]

Toronto, Ontario — Subaru specialists beware, a recall has been launched in the U.S. to replace the headlights in nearly 190,000 Subaru Impreza vehicles, from the model years of 2016 to 2019, due to poor performance. This recall follows years of investigating on the part of the National Highway Traffic Safety Administration (NHTSA), who first […]

Tasmania Islands, Nunavut — Let’s all hold our cowboy hats to our hearts and pray, as members of the Transglobal Car Expedition team head back to a remote stretch of arctic islands to retrieve a Ford F-150 that sunk into the chilly depths. The truck met its demise during an overland trip from Yellowknife, NWT […]

Kitchener, Ontario — The CARSTAR Canada Network has announced the opening of a new location in Kitchener, Ontario at 1620 King Street East. Michael Leung, owner of CARSTAR Kitchener Centre, has managed a collision repair shop since 1981, building a successful career of more than 40 years in the auto body and collision industry. After […]

California, United States — The Dawn Project has received a cease-and-desist letter, claiming that the their ad campaign showcasing a Tesla in “Full Self-Driving” mode running over a cardboard child was misinforming and threatened the company’s business interests. The letter dated Aug. 11 claims that the Dawn Project’s testing was “seriously deceptive and likely fraudulent.” […]

Around the World in Three Days? : Vancouver Woman Charged $8,000 in error for three-day rental car trip

Vancouver, British Columbia — With the price of gas and car insurance a perpetual thorn in the sides of drivers, those looking to travel by automobile have an affordable short-term option in the rental industry. Except for one woman who was charged more than $8,000 after allegedly driving 36,000 kilometres over a three-day period. The […]

Calgary, Alberta — Members of Alberta’s automotive aftermarket industry were back on the green this Thursday for the return of the annual CRASH IT golf tournament, back in its twentieth year and boasting a record attendance of more than 200 golfers this time around. “This year’s event was our best to date,” said Emile Fremont, […]