Special meeting of stockholders of NextGen Acquisition Corporation scheduled for August 18, 2021 at 9:00 a.m. Eastern time Upon closing, Xos will be listed on NASDAQ under the new ticker symbol “XOS” The boards of directors of Xos and NextGen Acquisition Corporation have unanimously approved the Business Combination LOS ANGELES & BOCA RATON, Fla.–(BUSINESS WIRE)–NextGen […]

HENDERSON, Nev.–(BUSINESS WIRE)–$AITX–Artificial Intelligence Technology Solutions, Inc., (OTCPK:AITX), which provides AI-driven security and productivity solutions for enterprise clients, today announced that its wholly-owned subsidiary Robotic Assistance Devices Inc. (RAD) has received a three-unit ROSA180 order from one of northern California’s leading auto groups. Although not named, the company indicated that the end-user for this deployment […]

Underscores Helbiz’s ongoing commitment to reducing its CO2 emissions NEW YORK–(BUSINESS WIRE)–#Helbiz—Helbiz, a global leader in micro-mobility that is the business combination target of GreenVision Acquisition Corp. (Nasdaq: GRNV), today announced that they are exploring the electrification of their fleet with Lightning eMotors (NYSE: ZEV), a leading manufacturer of commercial electric vehicles for enterprise fleets. […]

LOS ANGELES–(BUSINESS WIRE)–EVgo Services, LLC (“EVgo”), the nation’s largest public fast charging network for electric vehicles (EVs) and first powered by 100% renewable electricity, today announced that it will release its second quarter 2021 financial results before market open on August 11th, 2021. This release will be followed by a conference call hosted by members […]

Toronto, Ontario — Jeep Canada has announced that they are branching out the colour lineup for the Wrangler and Gladiator models by now offering a Gecko Green finish, along with an available upgrade to a Gorilla Glass windshield. The Gecko Green option will tack on an additional $295 to the price of the Wrangler and […] 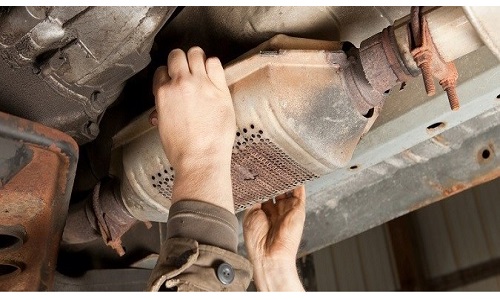 Toronto, Ontario — General Motors has big plans for its Ultium batteries. The automaker said once it’s Ultium battery/electric powered-motor is unveiled, it will have a range of 724 kilometres.  The battery’s impressive range can be attributed to the fact that the automaker was able to reduce the weight of the battery by 25 percent, […]

Saskatoon, Saskatchewan — The Canadian Football League Alumni Association (CFLAA) and Saskatchewan Polytechnic have entered into what they are calling a “game-changing partnership.” This collaboration between the two organizations will see CFLAA members and their spouses given access to Sask. Polytech’s School of Continuing Education, to help players and their families prepare for life post-football. […]

Toronto, Ontario ⁠— As second-quarter financials are unveiled, this week’s Tuesday Ticker takes a look at major industry players Driven Brands, Axalta and PPG’s quarterly numbers. Driven to grow Driven Brands Holdings reported financial results for the second quarter of 2021 earlier this week, marking revenues of US$374.8 million, an increase of 123 percent versus […]