The collision industry needs to get serious about ADAS calibration 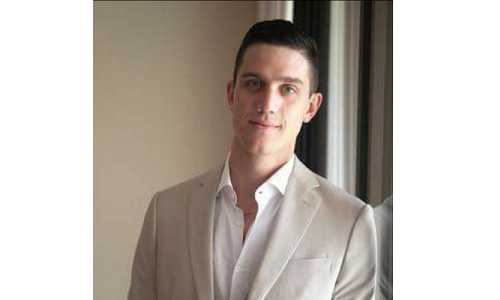 Toronto, Ontario — June 14, 2019 —  Advanced Driver Assistance Systems (ADAS) are taking over the auto industry. A report by the IIHS and NHTSA found that approximately half of the vehicles produced in 2017-2018 had ADAS as a standard option on the vehicle. Furthermore, AAA found that ADAS was either standard or available as an option on 93% of model-year 2018 vehicles. It’s not just standard on luxury cars either – Toyota has had ADAS standard on over 90% of their vehicles since 2017. Nissan puts ADAS in every Altima, Rogue, and Sentry (among others) it sells. And it’s been standard on every Honda Accord sold since 2018.

So, what is the collision repair industry doing about it? It seems the industry has only just got the message on scanning cars. But there’s a far-more serious and expensive issue that’s already here, but that very few are paying serious attention to: the need for collision repairers to recalibrate ADAS systems on a vehicle as part of the repair process. Like scanning, I will make the claim that ADAS recalibrations will need to be performed on almost every vehicle (with ADAS) during a repair.

However, unlike scanning, and unfortunately for repairers and insurers, ADAS calibrations can’t be done in 10 minutes or less with a relatively cheap tool. They’re much more expensive and involved. But it’s critical that they be done. Soon, vehicles equipped with ADAS will be a large part of a body shop’s workflow. This article is a wake-up call for collision repairers to get serious now about ADAS recalibrations, for the following reasons:

Every day, millions of people rely on ADAS systems to get themselves and their families to their destination safely. That’s why it’s scary to know that just changing the windshield on a car can cause it to steer into traffic if it has a front-facing camera. That’s what happened to one Nova Scotia man after he took his vehicle to a Speedy Glass location after getting his windshield replaced there.

It only takes high-school-level geometry to work out that a front camera with a horizontal deviation of just one degree will be looking at the wrong lane at a distance of 130 metres. What this meant for our  the Nova Scotian man was that his ‘lane keeping’ systems were actually steering him into oncoming traffic.

The problem ADAS systems pose for our industry is that they’re mostly not smart enough to not developed enough to know when they’re misaligned or mis-calibrated. They will continue to function in their compromised state until they are either fixed or turned off by the driver. Until then, they may pull vehicles into the wrong lanes, apply autobraking under overhead bridges, and potentially pose a continuous and active safety threat for the driver.

The IIHS recently conducted a study where they intentionally mis-calibrated the front camera. When the front camera was off by just 0.6 degrees to the right – a tiny fraction – the car misperceived the lines on the road by about two feet on either side. This small deviation caused the vehicle’s autobraking to fail spectacularly when they tested it, causing the car to smash into an obstacle at 32 km/h when travelling at a driving speed of 40 km/h. What would have happened if the camera was misaligned by 1 degree? 3 degrees?

You might think that there’s an easy solution: scan the car, and if there are no faults, everything is working fine. But that’s a dangerous myth that needs to be dispelled.

By now, we all know that there may be fault codes in the car even if there aren’t any dash lights. But did you know that ADAS systems can malfunction without immediately creating a fault code? We saw an example of this in a recent article on a malfunctioning Nissan radar system. Only after driving the vehicle for approximately 15-20 minutes did the ADAS sensor indicate a malfunction and create a code. Just repairing the car in the body shop and performing a post-scan would not have flagged the issue.

It’s an unfortunate reality that many businesses in the collision and glass repair industries have figured out “tricks” to replace ADAS sensors and connected body parts without triggering a fault code. But they are doing so at the expense of driver safety. It’s not a trade-off ever worth considering.

It’s not enough to do a vehicle scan; the only way to know the ADAS is functioning properly is by recalibrating the sensor and taking the vehicle on an extended road test ( and driving the car around the block doesn’t count).

That’s why nearly every OEM that sells cars in North America, with the exception of Mitsubishi, has the same minimum requirements for when an ADAS recalibration is required:

Some OEMs have stricter requirements.

Honda, for example, requires the front camera to be calibrated after every collision. Some OEMS like Volkswagen/Audi and Toyota require ADAS recalibrations after a wheel alignment. But they all have the same basic recalibration requirements – if you’ve replaced a sensor or removed a part attached to a sensor, or if there’s damage to the sensor mountings, it needs to be recalibrated. Period.

What does that mean? Vehicles with radar in the front bumper cover or grille will need to be recalibrated if you take the bumper off, even if it’s just a small scratch or ding that needs to be repainted. Ditto It’s the same case for a blind-spot in the rear bumper (if painting is allowed at all). The front camera needs to be recalibrated every time a windshield is replaced.

So why did a recent CCC research report find that 6% of claims for current year vehicles had an entry for a replaced sensor, but only 1.9% had an entry for a recalibration? Entries for ADAS recalibrations should be significantly higher than 6%, because it must also be done where a body part attached to the sensor is removed, and in some cases where an alignment is done or where there is any collision or structural damage to the area. CCC’s  The data from this report highlights a major failing in the industry when it comes to ADAS.

There’s no excuse for neglecting this important area. The major players in the auto glass repair industry have been on board with ADAS recalibrations for years, and they have processes and equipment in place to identify ADAS on a vehicle and recalibrate the sensors. The same cannot be said for the industry leaders in the collision repair industry. This must change.

Insurers and repairers have a duty to return the vehicle to the customer in its pre-loss condition. You wouldn’t send a car out without scanning it to make sure there’s no faults. We can’t stick our heads in the sand and cross our fingers when it comes to delivering an ADAS-equipped car back to the customer.