Levis, Quebec — January 17, 2014 — When two powerful forces combine, it’s going to shake things up, even it’s not immediately clear what the effects will be in the long term. The announcement that Desjardins Group will purchase State Farm Canada’s businesses in property and casualty and life insurance has lead to speculation regarding the future of the two companies and their respective repair networks.
The transaction is expected to close in January 2015, subject to approval from regulators and compliance with customary closing conditions. Following the closing, Desjardins will operate the newly acquired State Farm Canada businesses under the State Farm brand for an agreed license period.
Shops that have existing agreements with either organization may be wondering what the future holds regarding direct repair partner status. There are nearly endless scenarios for how this might eventually play out. For example, State Farm Canada and its network may eventually be entirely absorbed by Desjardins, or Desjardins may elect to run it essentially as an independent business, similar to how RSA administers Unifund Johnson. Please note that these scenarios are entirely speculative. Neither State Farm Canada nor Desjardins Group have given any indication as to the course that will eventually be pursued.
“The only answer right now is that it’s far too early at this point in time to give definitive answers,” says AndrÃ© Chapleau of Desjardins Group. “The closing of the deal is next January, in 2015. We want to ensure a smooth transition, but it’s too early to say precisely what will happen.”
John Bordignon is the spokesperson for State Farm Canada. He confirms that for now, at least, it will be business as usual.
“Nothing changes in terms of our relationships with our customers, employees, agents or State Farm Select Service shops,” says Bordignon. “State Farm will run as usual while this transaction is moving through the regulatory process.
Consolidation has been a major force in the insurance industry in recent years, and this latest deal can be considered part of that trend.
“Consolidation is happening all around us, and this is another clear signal that it’s a matter of time before the insurance industry consolidates to the point where there are only a few big players,â€ says Domenic Ieraci of Prochilo Brothers Auto Collision. â€œBoth State Farm and Desjardins are very progressive organizations and will create a unique synergy through the recent acquisition.â€
As part of the agreement, State Farm will make a $450 million investment in non-voting preferred shares into Desjardins Group’s post-closing property and casualty insurance business, which will include the newly acquired State Farm Canada property and casualty operations. In addition, CrÃ©dit Mutuel, a major European cooperative financial group and long-term partner of Desjardins Group, will invest $200 million. Desjardins Group will allocate capital of approximately $700 million to support the growth of its P&C business. As well, Desjardins Group’s Life and Health Insurance subsidiary, Desjardins Financial Security, and certain other Desjardins units will allocate capital of $250 million for the life insurance, mutual fund, loan and living benefits components of the agreement.
As a result of the transaction, Desjardins Group will become the second largest P&C insurance provider in Canada with annual gross written premiums of approximately $3.9 billion, up from approximately $2 billion. Once the transaction is finalized, State Farm’s 1,700 Canadian employees and network of more than 500 Canadian agents will continue to serve over 1.2 million customers in Ontario, Alberta and New Brunswick. Desjardins expects the transaction will lead to job creation in the coming years in Canada, including QuÃ©bec.
Desjardins will continue to operate its other insurance brands separately across the country.
“This acquisition will allow Desjardins to develop a broader, multi-channel distribution network across the country, while continuing to meet the needs of State Farm’s Canadian client base,” says Monique F. Leroux, chair of the board, president and chief executive officer of Desjardins Group. “At the same time, it will enhance our position in Canada by expanding our customer reach and achieving economies of scale.”
Mark Timson is the owner/operator of Ken Timson Auto Body in Caledonia, Ont. He also believes that it’s really too early to tell what effect this will have on Canadian repairers, but says there is at least one aspect that he considers to be positive.
“It’s nice to see that it’s a Canadian company buying it,” says Timson, acknowledging Desjardins Group’s “homegrown” status. “It’s not that I have anything against the U.S., but it’s nice to see a Canadian company expanding, instead of a takeover by another American company.”
For more information on Desjardins Group, please visit desjardins.com/ca. More information regarding State Farm Canada can be found at statefarm.ca. 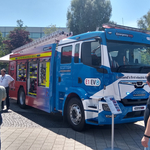 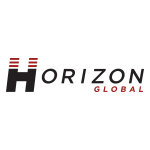 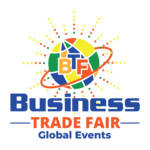