Tuesday Ticker: Stock markets at near record highs and Boyd’s expected earnings in 2017 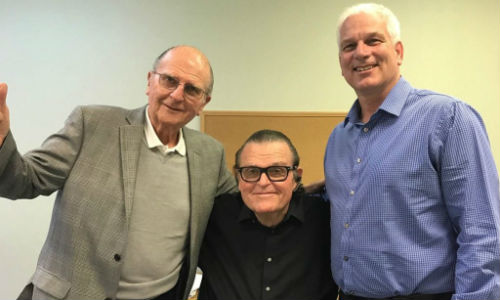 Toronto, Ontario — February 6, 2017 — Tuesday Ticker keeps you updated on all the news from players large and small in the collision repair industry and the larger auto claims economy. Make sure to check back every Tuesday for the latest news.

This week we look into near-record highs on the markets, Uni-Select’s latest acquisition, Boyd Group’s expected earnings and much, much more!

– Stock markets continue to trade near record highs. The TSX S&P Composite Index is sitting around 15,500, just a hundred points off the all time high of about 15,600 recorded in 2014. The Dow is trading near the recent record of 20,000 points. Will the Trump Bump continue? This is the question investors are asking. On one hand, the chaos in the White House seems as if it could sideline policy attempts. On the other hand, expected tax cuts and infrastructure spending may boost the economy. Recent strong employment numbers have helped buoy optimism. A promise to roll back financial regulations have helped bank stocks. Whether the record good times in the stock market continue remains to be seen.

– Uni-Select continues to execute its stated plan to grow through acquisition. Just last week the company announced its latest deal, and it’s a major one. Uni-Select subsidiary, FinishMaster, announced it will acquire D’Angelos Automotive and Industrial Coatings, a major distributor in California. According to a Uni-Select press release, the deal is the largest in the company’s history and “significantly expands FinishMaster’s footprint in the state of California.”

Henry Buckley, President and CEO of parent company Uni-Select, said in a statement that, “This acquisition, FinishMaster’s largest to date, strengthens our footprint on the West Coast, a key growth area for FinishMaster.”

D’Angelos has been around for more than 60 years. Over that time it has expanded to 10 locations in California, two in Las Vegas and one in Phoenix. D’ Angelo’s was founded by Arthur D’Angelo Sr.

“D’Angelos’ success is the result of hard work and strong values, making them an example of the American dream originally pursued by its founders,” FinishMaster President and Chief Operating Officer Steve Arndt said in a statement. Arndt went on to say the acquisition grows FinishMaster by more than 125 employees. FOCUS Investment Banking represented D’Angelos in the deal. A banker from the firm called the deal the, “… second largest in the jobber sector behind only NCS’ purchase of the 68-location Single Source in 2016.”

Uni-Select had its price target hoisted by Canadian bank Desjardins from $35.00 to $36.00 in a research note distributed Friday. The brokerage currently has a “Buy” rating on the stock.

– PPG Industries and Universal Display Corporation have signed a deal to expand production capacity of a plant making phosphorescent organic light-emitting diode (OLED) materials. These finishes are used to produce instrument display or consumer products that light up. According to a press release, Universal Display will invest $15 million in PPG’s Barberton, Ohio, manufacturing facility to double commercial production capacity of OLEDs. The expansion project will add more than 20 positions at the facility and is scheduled to be completed in the third quarter of 2017.

– LKQ Corporation has announced it will release fourth quarter and full year 2016 financial results before the market opens on Thursday, February 23, 2017

– AkzoNobel announced Monday it had repurchased 134,000 of its own ordinary shares in the period from January 30, 2017 up to February 3, 2017, at an average price of €63.53 per share. The consideration of the repurchase was €8.51 million. The repurchase is part of a program announced on December 12, 2016. The total number of shares repurchased under this program to date is 818,000 ordinary shares for a total consideration of €50.43 million. Using corporate profits to buy back outstanding shares to boost earnings per share has become a common corporate practice over the last 10 to 15 years.

– A flood of articles has followed on the announcement last week that online product distributor Amazon will enter the auto parts market. Analysts expect auto parts to become a “revenue driver” for Amazon. Not everyone is so excited about the move, however. Last week the Teamsters, the union representing truck drivers, put out a press release regarding a strike against O’Reilly Auto Parts that mentioned the emerging threat from Amazon. Teamsters Local 120 voted overwhelmingly to reject a proposed contract from O’Reilly, a major auto parts distributor in the US. Workers worried new management demands would, “create safety risks for drivers on the road [and] undermine living standards.” In a press release an executive with the union stated that, “With Amazon looking to take market share from auto parts retailers like O’Reilly, customer satisfaction is more important than ever. This is no time to create uncertainty by squeezing front line workers and forcing a strike.”