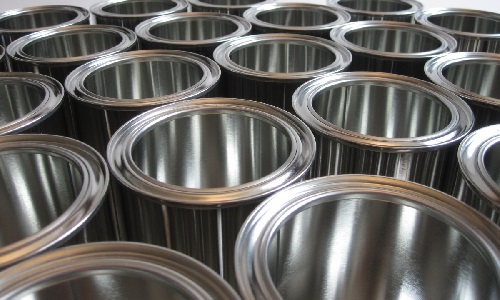 By Jeff Sanford
Toronto, Ontario — April 2, 2018 — In this week’s Tuesday Ticker, aluminum melt-down, major merger,  and much, much more.
The potential for a global trade war has to be worrying for anyone in business. The Chinese are reacting to Trump’s recent tariffs on steel and aluminum with new quotas and import-export taxes of their own. Some observers were impressed with how quickly China reacted. It was clear to some that the Chinese had a plan ready to go in anticipation of Trump’s recent trade policies.
It is remarkable how rapidly the U.S.’s shift from its long-term post-war policy of global free trade has occurred. A story on financial news site Bloomberg warns that manufacturers are already experiencing higher prices for basic materials. The Institute for Supply Management has long provided the basic measure of raw-material prices in the U.S. economy. The institute’s latest monthly manufacturing report finds input costs in the American economy have already risen to an almost seven-year high in March. The mere mention of new tariffs seems to have been enough to send costs up.
Steel and aluminum are basic raw materials used throughout industry. Apparently businesses have already began stocking up on their stocks of these metals in response to the tariff announcement. Some companies have received price quotes for steel that are valid for just 24 hours, as the price begins to rise. Some manufacturers are finding prices quoted by suppliers are higher if they call back after just a day or two. Apparently some in the machinery sector have already experienced panic buying. Manufacturers will surely experience a hit to earnings in the months ahead.
Will the shift to aluminum in autobody be put on hold? It was also announced last week that the Trump administration is taking steps to roll back fuel economy rules for cars. Tough new measures on vehicle emissions brought in by Obama administration had been thought to be driving the adoption of higher levels of aluminum in cars. Adopting more aluminum would have allowed vehicles to achieve fuel efficiency standards that would have required cars to get more than 50 miles on the gallon. If those regulations are rolled back, one assumes the rate of adoption of aluminum in vehicle bodies will fall.
Akzo Nobel
Akzo Nobel announced this past week it will sell its specialty chemical division to consortium made up of U.S. based private equity firm The Carlyle Group and the Government Investment Corporation of Singapore (the sovereign wealth fund of the Asian city state). The deal delivers on a promise that Akzo management made as it fought off an attempted takeover by global paint giant PPG last summer. The decision to split the company into two parts guaranteed shareholders a strong return (the majority of the proceeds of the sale will be passed along to shareholders through dividend payments). The deal allowed Akzo to convince shareholders to vote against the PPG deal. According to the Akzo CEO the company will decide in the time coming if the cash from the sale will be flowed back to shareholders through dividend payments or share buybacks.
The price on the deal is reportedly USD $12.6 billion. Carlyle is the owner of the Dulux paint brand. The price has been said to be slightly higher than expected. According to Akzo management, selling the chemical business will allow the company to focus on its main business in paints and coatings.
Some have also suggested that the sale of its specialty chemicals business to Carlyle might mean Akzo Nobel turning its sights back to a bid for Axalta. The share price of Axalta rose a bit this past week on that speculation. Others don’t think such a merger likely. Shares of Akzo rose 2.7 percent to 77.70 euros. That is far off the price of 95 euros per share that PPG offered last year. And so some shareholders are likely still annoyed that Akzo management at that time argued against the PPG takeover. Dutch politicians took part in the debate over the deal when it was being considered. Many in the country did not want to see a major national company taken over, leading to a loss of head office jobs. Management seemed to agree, and argued a takeover was not in the interest of other stakeholders. Since then shareholders have sued. The chairman and CEO have since left, or are leaving, the company. A former Maersk CEO has been nominated to lead the company. As a global shipping giant, Maersk would be a huge client of the marine and anti-fouling paints that Akzo produces. It is thought that Akzo has extracted promises from Carlyle to keep the chemical company’s head offices in the Netherlands.
Tesla
Tesla’s stock is now down 35 percent from its high of last year as the company struggles to meet production targets for its Model 3 car. Delays in production are raising questions about Tesla’s ability to become a mass producer of autos, rather than simply a niche provider of high end electric vehicles. To meet financial obligations the company will have to begin producing a significantly higher number of cars to generate the cash to meet debt payments. One hedge fund manager speculated this past week that the company is only “three to six” months from having to declare bankruptcy.
Share on facebook
Facebook
Share on google
Google+
Share on twitter
Twitter
Share on linkedin
LinkedIn
PrevPreviousMark Weeks appointed general manager for Fix Auto Atlantic region
NextPBE hosts upcoming tradeshow on April 12Next