THE EVOLUTION OF AUTOMOTIVE MARKETING

How Looking Back Can Drive Change

Despite working in the industry for almost 20 years, I have never taken the time to look back and observe how far we have come and how much we have evolved over such a short period.

When I began writing this article, my research for it started to delve deep into the evolution of collision repair facilities. What immediately became apparent was that the industry has only been around and functioning at the rate it is today for around 60 years.

In this article, I would like to take you back in time to demonstrate how looking back on the automotive marketing sector might be the motivation we need to drive positive change in an ever evolving—yet incredibly exciting—industry.

Where it all began

Vehicle development began in the early 17th century, and in 1886, Carl Benz received a patent for his automotive invention, which confirmed that he had built the first car ever. At the time, automotive comprised of a gasoline engine with a one-cylinder two stroke unit and had only three wheels as well as space for only two people to sit. In 1887, the production of automotive vehicles started to become increasingly popular.

In 1908, Henry Ford mass produced his Ford Model T: the first automobile to be mass produced on a moving assembly line. This concept in the automotive industry was so new that no one, outside of those few people who designed the Ford Model T, were qualified to conduct repairs on such machines. As mass production continued to rise in frequency, the popularity of the automobile also grew, and so did the need for qualified and experienced collision repair facilities and reliable mechanics.

During these years, many people turned to car manufacturers, machinist, or bicycle repair shops for their car repair needs. This came to a halt, however, when the industry began to feel the effects of the worst economic downturn in the history of the industrialized world: The Great Depression, lasting from 1929 and 1939, followed by World War II from 1939 to 1945. This left manufacturers with a significant decline in vehicle sales and an ensuing decline in need for repair, too.

In the 1950s, after the Second World War had ended, several countries experience an economic boom, and this is when Collision Repair Facilities really started to evolve as many auto manufacturers could not handle the vast number of repair requests themselves and needed to provide drivers with more efficient means through which to repair their damaged vehicles.

In the 1960s, the first DRP list was ever created, which was where an insurance company built a list of reputable shops that they felt comfortable sending their customers to for repairs.

Where facilities have evolved

With many collision repair facilities established all over North America, and the world, it became a concern if repairs werebeing carried out correctly. Some repairs became botched jobs, some because of a lack of effort, but mostly because there was a lack of knowledge.

In 1980, the industry was officially introduced to its first ever DRP program which allowed the repairing vehicles without approvals and customers no longer needed to receive multiple estimates from different collision repair facilities.

If you were a trustworthy shop with a willingness to grow and attract more business, a DRP program was a great solution. In 1994, the first automotive franchise was born. This corporation, and many others, grew at a rapid speed primarily because they saw an opportunity to increase collision repair facilities communications, marketing and branding strategies, thus capturing more sales. Their strategy was to carry out all the work that collision repair facilities did not want to do, didn’t like doing, or was looking for support on, such as marketing, sales, business compliance, providing support on quality repairs, education, and more.

Several organizations still provide these valuable services to collision repair facilities today. Franchises and networks have been a great asset to many businesses as they provide sales, traffic, and help retains customers.

The future of collision repair

It is clear to see why automotive marketing has never been popular in the automotive industry, primarily because collision repair facilities have always encountered different solutions on ways to advertise, increase sales, or market their own business, within their own local communities.

Manufacturers provided and provide work to collision repair facilities, DRPs provide work through their DRP programs and banners/networks support businesses with sales, marketing, and business solutions. But what if you are looking for something more than what a franchise/networks can provide? What if your business is currently not associated with any networks but is looking for an opportunity to grow, gain traffic, and build lasting relationships? What if you would like work outside of a DRP relationship? There is an easy and affordable answer to this. 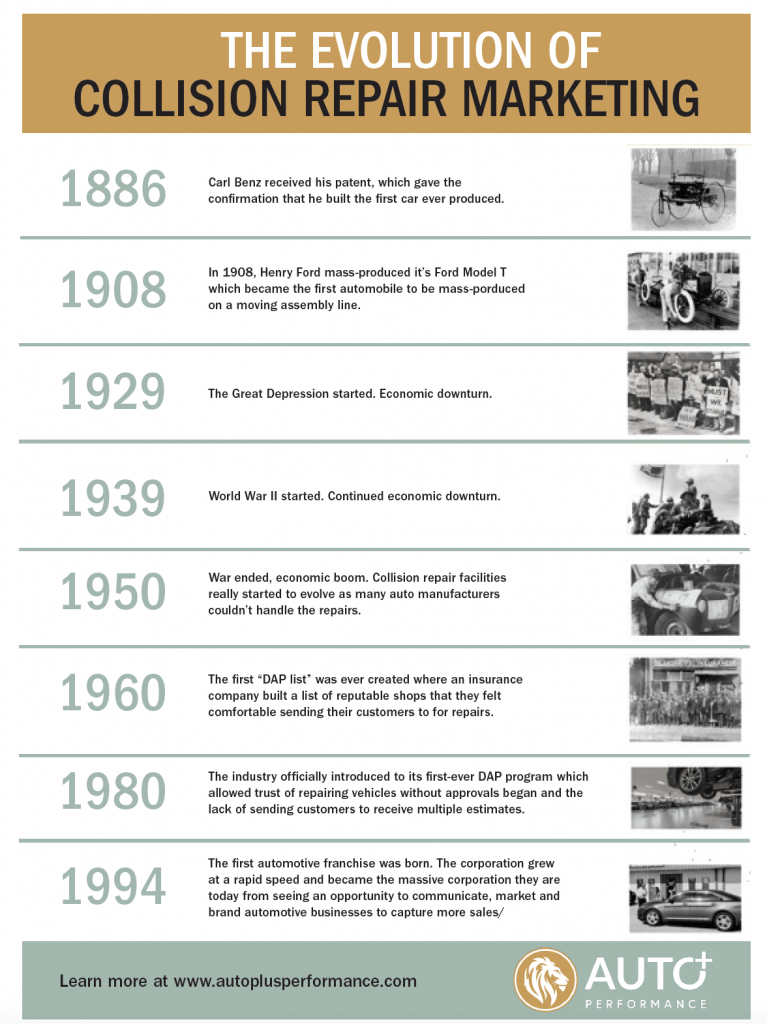 The last piece of the pie

This strategy requires some out-of-the-box thinking, but I can reassure you, its strength is far greater than it can be explained in a 1,000-word article.

The last piece of the pie focuses on building on your strengths in automotive marketing. It is about learning to build strong and loyal relationships with your customers directly and becoming active within your local communities.

For thousands of years, the concept of marketing has evolved, but it has always remained true to its purpose: to provide a business with additional sales, profits, traffic, and customer retention.

With Digital Marketing now on the rise, Collision Repair businesses can take advantage of how easy it is to get their brand recognized at a much more affordable rate than traditional advertising. 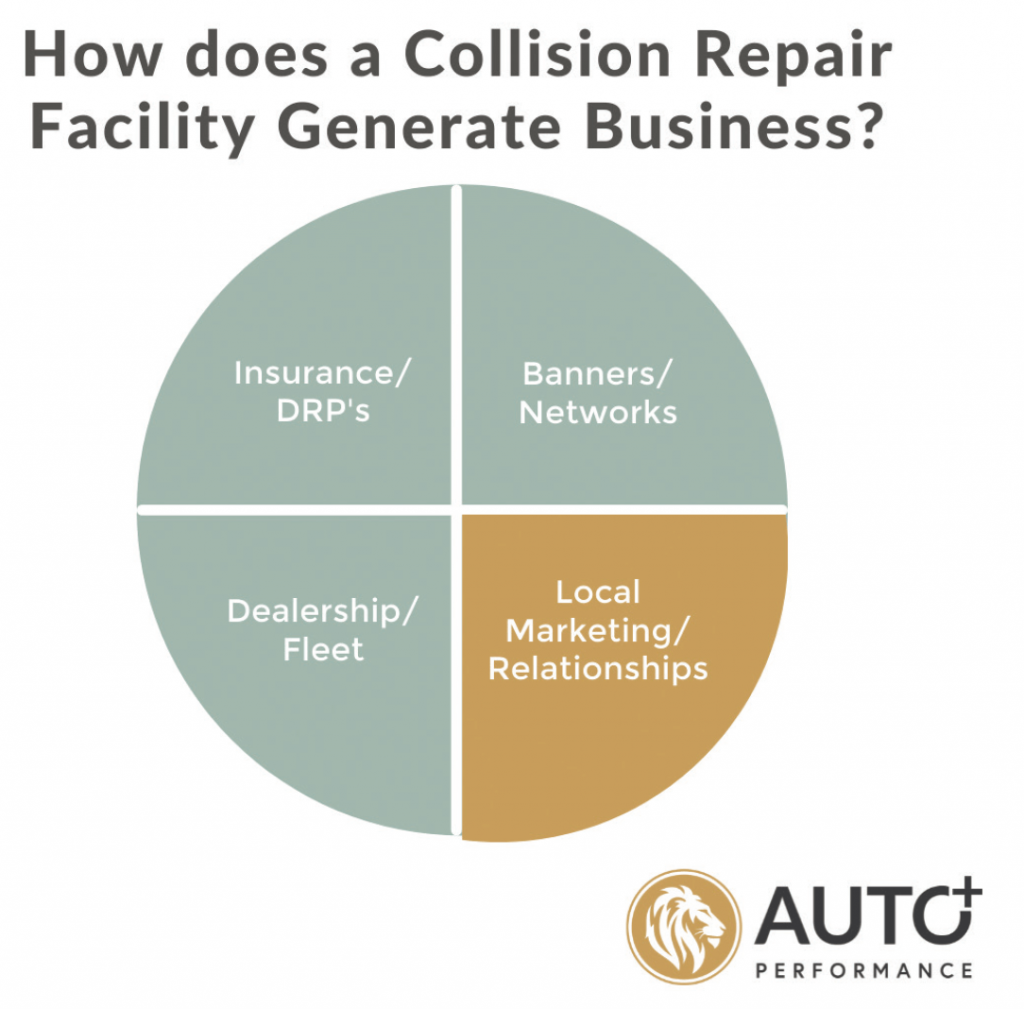 In 1994, the first automotive franchise was born. This corporation, and many others, grew at a rapid speed primarily because they saw an opportunity to increase collision repair facilities communications, marketing and branding strategies, thus capturing more sales. 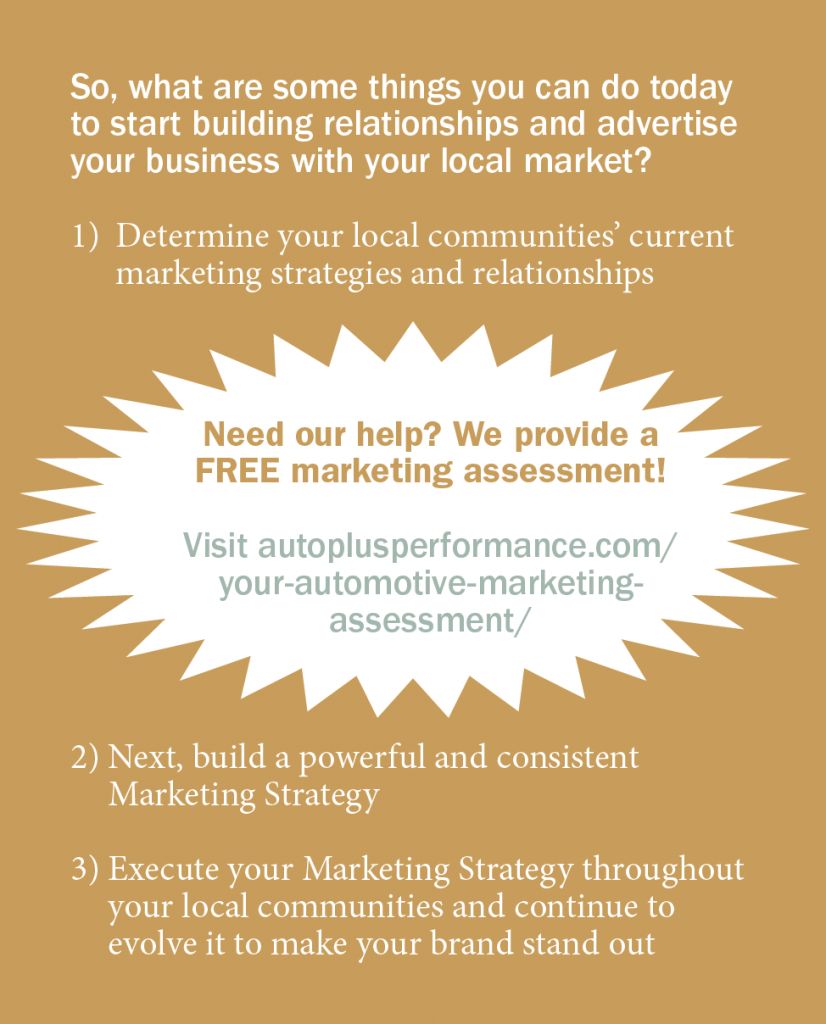 With 135 years since the announcement of the first vehicle ever produced, our industry has evolved at a rapid rate, with manufacturers now even testing self-driving vehicles. As the industry continues to shift and evolve and continue traditional and results generated methods, it is always wise to gain a fresh perspective on your approach to business marketing and take into consideration any new actions that may need to be implemented to obtain the results you desire for the profitability, success, and a powerful future of your collision repair facility. 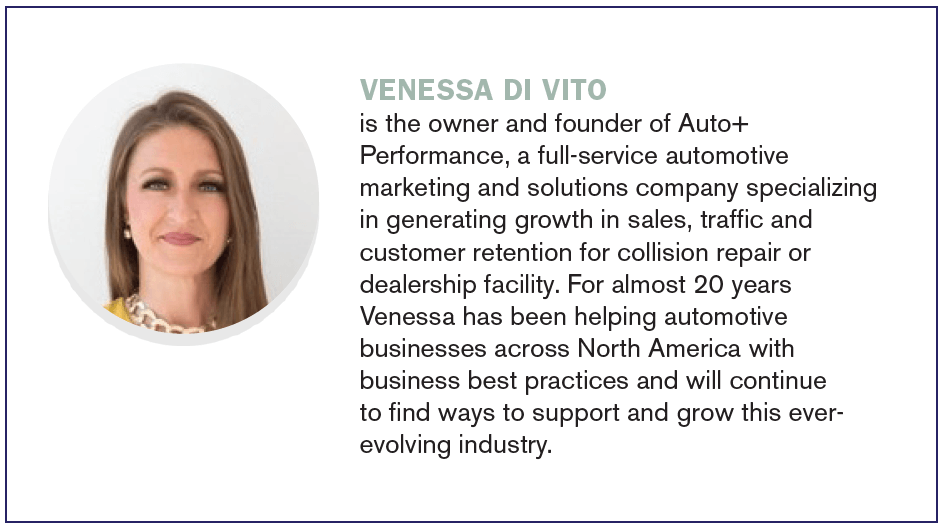