The Autonomous Report: OEMs weigh in on licensing, UK insurer introduces ‘driverless’ policies and much more 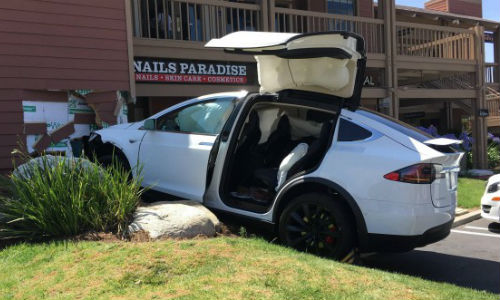 Toronto, Ontario — July 10, 2016 — There were a number of interesting items from the world of autonomous vehicles (AVs) recently including a look at testing and regulation of “drivers” for AVs, a UK-based insurer offering a new policy for autonomous features and Google’s self-driving cars learn how, and when, to honk.

– Officials at the US-based National Highway Traffic Safety Administration (NHTSA) are working to finalize guidelines for AVs. The organization recently called for comments from major OEMs on a host of issues including “Testing, regulation and whether or not operators of automated vehicles will need to be licensed.” People wouldn’t really need any training to “drive” an AV, but governments aren’t going to want to give up those fees.

Another question being debated: Should vehicles have steering wheels and brake pedals? According to the Detroit News article, General Motors says yes. Chairman and CEO Mary Barra was quoted as saying that “GM believes the steering wheel, brake and accelerator should remain in autonomous vehicles while self-driving technology and safety is proven.” She was quoted as saying it is very important that “we demonstrate safety” as a way of concerning the populace at large that AVs are safe. Taking the other side of that debate is Google, a “competitor to GM in self-driving car technology [that] wants to have cars without a steering wheel and pedals available to consumers.”

Other issues included cybersecurity and “how much data to share.” Mercedes-Benz USA said “data recording should be kept to a minimum in self-driving cars and it is open to talking about how to share some anonymous data in summary form to improve safety of the technology. ‘We cannot, however, agree to systematic disclosure of sensitive data,’ the company said in its statement.”

Another fascinating idea raised in the comments comes from Honda, which noted that autonomous technology would increase mobility options for people with certain disabilities. That said, the automaker doesn’t support unlicensed drivers, at least initially. John Turley, Senior Manager of Honda’s product regulatory office, included written testimony to the effect that “Automated vehicles should only be operated by licensed drivers until the technology and the operational jurisdiction allow for expanded use.”

– Collision Repair magazine reported recently that the Queen’s Speech from the Throne mentioned the importance of revamping the UK insurance regime for automated vehicles. Now, just weeks later, a UK insurer has been the first to offer an insurance policy for AVs. There are no fully autonomous vehicles currently available to motorists, but there plenty of cars laden with AV-like features. UK insurer Adrian Flux says it’s time for an insurance policy that takes these features into account.

“We understand this driverless policy to be the first of its kind in the UK–and possibly the world,” Gerry Bucke, General Manager of Adrian Flux, told the UK’s Guardian newspaper. “More than half of new cars sold last year featured autonomous safety technology, such as self-parking or ABS [anti-lock braking systems], which effectively either take control or take decisions on behalf of the driver. And it’s only going to continue. Driverless technology will become increasingly common in our cars over the next few years.”

The policy manages the following risks: Loss or damage in case of failure to install vehicle software updates and security patches; satellite failure or outages affecting navigation systems; failure of the manufacturer’s vehicle operating system or other authorized software; loss or damage caused by a failure to manually override the system to prevent an accident should the system fail, and loss or damage if the car gets hacked.

– Several articles in the Toronto media this week noted that Toronto councillor Shelley Holland has called on Toronto’s transit system to be ready “as driverless vehicles are on the verge of breaking into the transportation network.” She asked city council to “urge the TTC to develop a plan to incorporate the new technology into its operations,” according to a media report.

A month ago Collision Repair magazine reported from the first conference to be held on the subject of autonomous vehicles. One of the speakers at the event floated the idea of a “transport audit.” The idea was this: AVs are just around the corner. They will provide many benefits to current traffic woes. Any large transit infrastructure projects being considered today need to be considered in the context of an imminent future in which AVs will be on the road. This may render some big projects unnecessary.

– Self-driving cars currently being tested by Google have learned to honk. The company reported that engineers have been “testing horn algorithms in its prototype cars for some time, playing the horn sound inside the cars as a way to make sure they’re not beeping in a way that would confuse other drivers.” The algorithms have improved over time and now “the cars have recently begun ‘broadcasting our car horn to the world.’” Google says its cars are meant to be “polite, considerate, and only honk when it makes driving safer for everyone.” According to the report this, “represent a significant departure from how most humans use their horns.”

– Many in the AV world were talking about a story last week concerning a Tesla that drove into a wall, supposedly while in automatic mode. Turns out once the car’s digital logs were consulted, it was the driver who drove the expensive car into the wall, not the car. The lesson in this: According to a report in MIT Technology Review, “Don’t try to hide your mistake….your AV knows.”